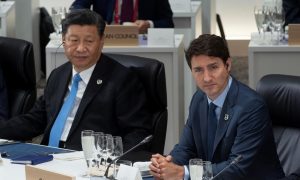 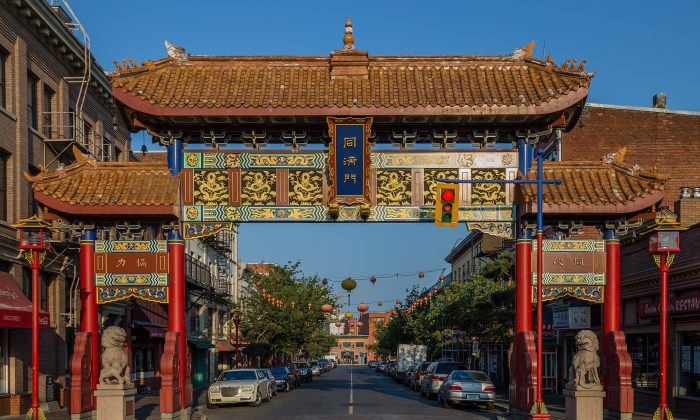 Entrance to Canada’s oldest Chinatown in Victoria. B.C. The Canadian government is concerned about the possibility of Beijing attempting to influence Chinese ethnic communities in Canada. (Michal Klajban/Public Domain)
Canada

China May Be Trying to Influence its Ethnic Communities in Canada, Report Warns

The Chinese regime could be using China’s ethnic community in Canada to further exert influence and advance its agenda, warns a report that was recently sent to several top federal officials.

The report, which was acquired by the Canadian Press through access-to-information law and described as “secret,” cautioned about the possibility of China working to control Chinese-Canadian communities. Dubbed “hostile-state activity,” such interference could include cyberattacks, spreading of misinformation, swaying of Canadian elections, and targeted actions toward Canada’s economy—all of which might be done through using the Chinese ethnic community.

“What qualifies these as ‘hostile-state activity’ is that, in each case, these operations are calculated to undermine or harm our interests, as well as those of our allies,” the report says, according to CP.

The large number of people of Chinese descent in Canada—an estimated 1.8 million—was explicitly stated in the report as a manipulation risk.

Any influence by the Chinese regime directed toward the Chinese-Canadian community could be taken as a threat to Canadian interests—whether directly or indirectly, the report says.

The “increasing political participation” of Canada’s ethnic communities is one of the biggest factors contributing to a risk that “cannot be overlooked,” it says.

Titled “Countering Hostile State Activity: The Canadian Perspective,” the report outlines potential risks the Five Eyes countries—Canada, United States, United Kingdom, Australia, and New Zealand—face from “foreign actors.” It names India as another country that has been trying to use its ethnic community in Canada to advance its agenda on Canadian soil.

The Epoch Times has previously reported that China uses its United Front Work Department overseas to recruit spies and infiltrate Chinese communities to spread its propaganda and sway the opinions of local Chinese. The agency is skilled in the tactics of psychological warfare and political subversion.

Cease Use of WeChat, House of Commons Staff Advised

On July 4, the House of Commons sent out an email warning staff against using the Chinese messaging app WeChat, stating that it “poses potential cybersecurity risks.” The email, obtained by iPolitics, “strongly recommends” that members of Parliament and their staff refrain from using WeChat for any business communications.

The reasoning behind the warning lies in the design of WeChat: it doesn’t encrypt user messages, which makes data vulnerable to third-party access and interception. In addition, the servers of the app are located outside Canada, rendering them unaffected by Canadian privacy laws.

A House of Commons spokesperson said in a statement that the email was sent as a “preventative measure” in order to “remind users to exercise caution in the digital domain,” and not in response to any breach of security.

The content on WeChat, an extremely popular social media app used by 1.1 billion people, is also often subject to censorship laws under the Chinese regime. It has reportedly blocked posts related to politically sensitive topics such as Huawei executive Meng Hanzhou and the 1989 Tiananmen Square massacre.