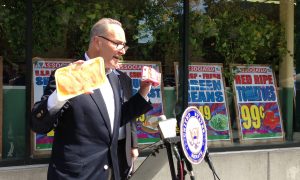 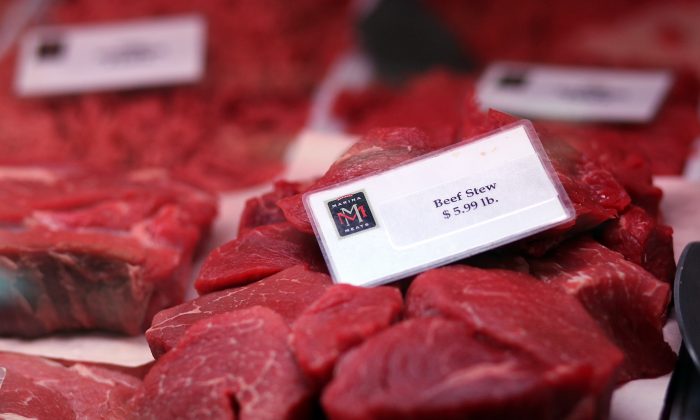 China may soon be open to U.S. beef imports, officials announced after a Dec. 20 meeting of the U.S.–China Joint Commission on Commerce and Trade.

The deal has been years in the making, and experts said it was part of a tradeoff to open the United States to Chinese chicken imports.

The move comes after the USDA approved China to process chickens for the U.S. market in August. Audits are also underway that may approve China to raise and slaughter chickens for sale in the United States.

The move also comes amid a resurgence of H5N1 avian flu in China. On Dec. 17, the spokesman of Taiwan’s Central Epidemic Command Center warned people traveling to mainland China to take health precautions. Many countries ban Chinese chicken due to avian flu, including Pakistan, the Philippines, Malaysia, Ukraine, Germany, and Japan.

Chao gave no details on how the two sides would promote U.S. beef, The Associated Press reported. A deputy at the agriculture ministry, Niu Dun, said they would also work on technical issues, but gave no estimation on when the market would open.

China banned U.S. beef imports in 2003, after a case of mad cow disease in Washington state. The move started a trade war with the United States, and Chinese leaders sought to pressure the United States to allow Chinese chicken imports in exchange for reopening the beef market.

“[Chinese] officials have tried in the past to make the exportation of poultry products to the United States a quid pro quo for reopening U.S. beef exports to [China],” states a 2010 report from the Congressional Research Service.

Chris Waldrop, director of the Food Policy Institute, told Epoch Times that he shares a similar belief. He said in a previous telephone interview, “China shut down beef imports from the U.S. so the agriculture department has been trying to get that reopened. Part of the trade would be to let China send chickens here.”

The mad cow case in 2003 dealt a heavy blow to the U.S. beef industry. Several countries banned U.S. beef at the time, and the blow left the industry searching for a large market.

A 2009 National Cattlemen’s Beef Association letter, obtained by Food & Water Watch, states that “China represents one of the largest potential growth markets for U.S. beef—worth in excess of $100 million.”

“The chicken dispute is likely to impede ongoing efforts to open up China to U.S. beef,” it states.

Domestically, China has its own interests in U.S. food products. Food safety is a large concern in China where tainted foods and poisoned products are common. The Chinese-language DW News reports, “With the rise of China’s middle class and domestic food safety hazards, food imports from the United States will become an option in China.”