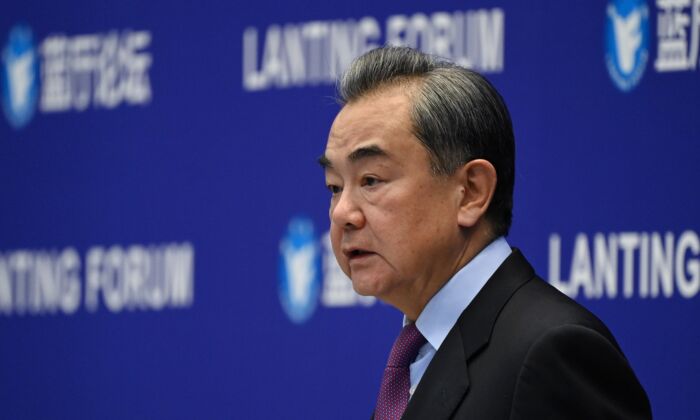 The requests include: ending support for Taiwan, Hong Kong, Xinjiang, and Tibet; resuming the U.S.-China dialogue; ending the tariffs on Chinese products and sanctions on Chinese enterprises; and removing all restrictions on China’s news agencies and cultural entities such as the Confucius Institutes.

After President Joe Biden announced that he won the presidential election, Chinese leader Xi Jinping and his senior diplomats urged the United States to change its China policy and criticized the United States for being unilateral and holding prejudice against China.

“To say that we’re unilateral is just completely untrue,” said Miles Yu, the former senior China policy adviser to former Secretary of State Mike Pompeo. In an interview with The Epoch Times’ “American Thought Leaders” program. “The China challenge was the global challenge, our number one global challenge … We [used a lot of effort] to form that multilateral coalition … to forge a multilateral alliance to face the China challenge.”

Wang claimed at the conference that the communist one-party totalitarian regime is a democratic system, and that the United States misunderstood China in past years.

Wang then listed four suggestions to the new U.S. government as preconditions for “healthy China-U.S. relations.”

Taiwan is a region with an elected government, legislative system, and judicial system, as well as its own military, currency, and more. But Beijing sees it as a breakaway province and regularly interferes with Taiwan’s efforts to join the international community.

The Chinese regime was internationally condemned for breaking its promise to maintain Hong Kong’s “one country, two systems” policy until 2047 by launching a national security law on June 30, 2020. In Xinjiang, the Chinese regime continues to detain millions of Uyghur Muslims in concentration camps, while in Tibet, the regime tortured people for their faith and destroyed their cultural heritage.

The second request from Wang is to resume a U.S.-China dialogue.

The third is ending additional tariffs on Chinese products, lifting the sanctions on Chinese enterprises and institutes, and supporting China’s technology development.

In past decades, the Chinese regime has engaged in a comprehensive campaign to acquire advanced technologies from the United States. A large number of Chinese spies have been detained and even sentenced in the United States after they stole samples, designs, and classified documents from laboratories, factories, and the military. Meanwhile, U.S. officials have also sounded the alarm on the spying risks posed by Chinese technology, given that Chinese law compels companies to work with intelligence agencies when asked.

The Trump administration designated several Chinese organizations, such as state media outlets and the Confucius Institute U.S. Center, as foreign missions, recognizing their roles organs of the Chinese Communist Party (CCP). These entities are part of the CCP’s propaganda system or United Front Work Department that serve to further the CCP’s interests abroad.

White House press secretary Jen Psaki responded to Wang’s speech at a Feb. 22 press briefing: “Around the time when the president had a conversation with President Xi, we believe the relationship with China is one of strong competition.”

Psaki reiterated that Biden’s authorities would coordinate “with our partners and allies around the world, Europeans, other partners in the region, also with Democrats and Republicans in Congress” to deal with U.S.-China relations.

She said she didn’t have any updates related to tariffs.

State Department spokesman Ned Price also responded to Wang’s requests on Monday, “I think his [Wang’s] comments reflect the continued pattern of Beijing’s tendency to avert blame for its predatory economic practices, its lack of transparency, its failure to honor its international agreements, and its repression of universal human rights.”

On Feb. 7, Biden said on CBS: “There’s going to be extreme competition [between U.S. and China]. And I’m not going to do it the way that he [Xi Jinping] knows and that’s because he’s sending signals as well.”

On the Xinjiang issue, Biden believes that the Chinese regime has committed “genocide” and “crimes against humanity” against Uyghur Muslims—a designation that was announced by the Trump administration a day before the presidential inauguration—according to National Security Council spokesperson Emily Horne.

So far, there’s been no clear information about Biden’s policy on Taiwan, the South China Sea, and sanctions on Chinese enterprises.