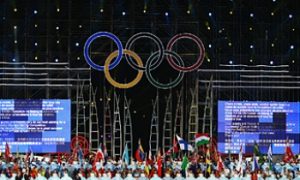 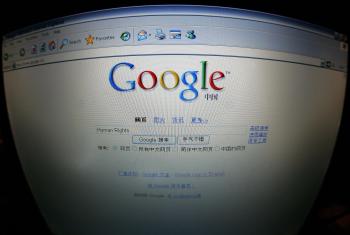 A laptop computer screen in Beijing shows the homepage of Google.cn, Google Inc. accused Chinese authorities on Monday of interfering with its Gmail service, just as China's own Jasmine Revolution is picking up steam. (Frederic J. Brown/Getty Images)
News

When holdouts in the Mubarak regime in Egypt shut down that country’s whole access to the Internet last January, it was called an “unprecedented” move for a modern economy. But, in fact, the Egyptian technicians were merely copying what China had successfully pioneered 18 months earlier.

From July 2009 to May 2010, the Chinese authorities severed the whole northwestern province of Xinjiang from the rest of the world. Then they sent in shock troops to carry out mass arrests and quell ethnic-related protests.

A new report on Internet freedom shows that governments around the world can’t resist meddling with the online lives of their citizens. Of the 37 countries examined, researchers found that 15 of them engaged in “substantial blocking” of political websites. The vanguard of control and surveillance is communist China, with the world’s most sophisticated apparatus of online censorship and monitroing.

The “Freedom on the Net 2011” report by Freedom House, a civil liberties organization based in Washington, also shows how techniques of online cooptation and censorship developed by the Chinese authorities are being adopted by other states.

Not all forms of Internet control use the sledgehammer approach. Potentially the more dangerous is the careful and nuanced method, where outside information sources are blocked while a domestic environment sympathetic to the regime is fostered.

What results is an apparently vibrant online community, similar on the surface to that existing elsewhere, but one in which all discourse takes place within the boundaries set by the authorities.

The Chinese Communist Party (CCP) has been most innovative here. They blocked Facebook, YouTube, and Twitter, and allowed domestic clones like Renren, Youku and Sina, which are much easier to control. Like regular companies, they compete in a thriving market, but the government “outsources” its censorship and propaganda requirements to them: alongside their marketing departments are the in-house censors, and failure to block undesirable content means a lost business license.

By making content hosts responsible for the information posted on their websites, preventing Internet portals from generating their own news and making them instead rely on state feed, manipulating and restricting search engine results, and supporting hordes of sockpuppet forum commentators, “you end up with this self-contained, almost intranet-like environment,” said Sarah Cook, one of the report’s two authors, in a telephone interview.

“You really see this issue of China and the Chinese Communist Party being at the forefront of developing these models of Internet control,” Cook said.

She added, “No other country, except maybe Iran, comes close to that.”

After entering the noosphere, these ideas are adopted by other dictators. Kazakhstan and Vietnam have begun exerting similar controls over social networks—by blocking the free ones and steering citizens to spaces that they more easily control. Cambodia and Venezuela have passed laws giving greater power to the state over telecommunications infrastructure.

Activists and others who set up their own websites can have them shut down, or government agents can cripple them with cyber-attacks.

China leads the way in cyberwarfare, targeting both governments around the world and also human rights activists. The latter may receive carefully concocted e-mails carrying hidden viruses in attachments which, when opened, allow the regime agent to access the recipient’s computer.

In China and elsewhere, the widespread dissemination of publishing power has also led to the de-specialization of the dissident. While this allows for a greater freedom to participate in political discourse, it also widens the scope of targets for repression, which is happening in China today.

Cheng Jianping, a 46-year-old woman, for example, was sentenced to “re-education” through forced labor for reposting a sarcastic message on Twitter. And a 19-year old Tibetan was taken into custody after taking a peek at photos of the Dalai Lama online.