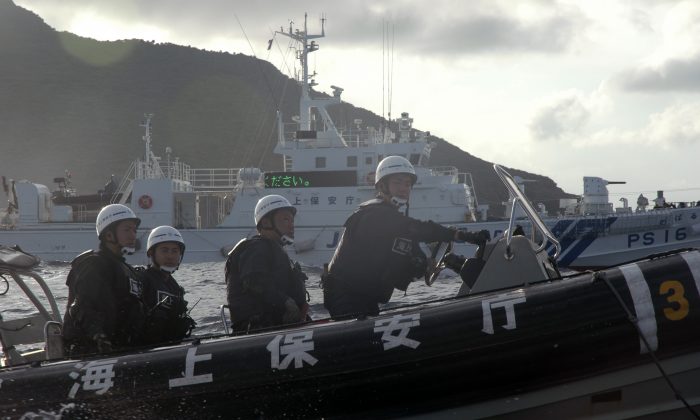 The territorial dispute in the East China Sea has taken a step up. Japan has issued orders to shoot down foreign drones in its airspace, and China has vowed war if Japan shoots down Chinese drones.

The conflict is over the Senkaku Islands, or what China calls the “Diaoyu” Islands. The three barren islands have been under Japanese control since 1895. They passed to U.S. control following the Japanese surrender after World War II, but were returned to Japan in 1972.

Chinese Defense Ministry spokesman Geng Yansheng responded on Saturday. According to Chinese state-run media Xinhua, “Geng said that if Japan took the so-called moves, it would be a severe provocation to China and an act of war, and China will take resolute measures to strike back.”

The next move could shape the future of the region.

“Chinese diplomacy has put Japan in a lose-lose situation,” said professor June Teufel Dreyer, from the University of Miami department of political science. “If they do shoot down a drone, then that’s an act of war by the Japanese. But if they don’t push out the drones and the surveillance craft, the Chinese will just take over the islands.”

Dreyer believes that China will use its typical strategy. She said it will likely press hard, step back, and wait for an incident that lets them criticize Japan, then push forward again.

She said Article 9 of the Japanese Constitution, which outlaws war as a means to settle international disputes, could be a crippling factor for Japan. She said, “I think the Chinese are gradually going to take over the islands.”

Edward Luttwak, senior associate at the Center for Strategic & International Studies and author of “The Rise of China vs. the Logic of Strategy,” sees things otherwise.

From there, the ball will be in China’s court.

“They’re playing with fire, but I cannot bring myself to believe that the Chinese leadership would actually cross the threshold,” Luttak said.

He said one of two things are behind China’s threats. “Either the Chinese government has taken leave of its senses,” he said, or they’re using an age-old Chinese strategy “that you win by clever theatrical displays.”

Following the Japanese orders to shoot down Chinese drones in its airspace, on Monday China sent four coastguard vessels to the disputed waters.

The same day, China’s state-run Global Times wrote, “China has not been involved in war for a long time but a war looms following Japan’s radical provocation.”

If a conflict did break out, it could have a ripple effect throughout the Asia-Pacific region. China is involved with territorial disputes with most of its neighbors, including India, Vietnam, Taiwan, the Philippines, and Malaysia—and the possibility of U.S. intervention should also not be ruled out.

China has a lot to lose, and not much to gain. Luttwak said, “The tiny shooting incident would initiate a chain of major economic consequences.”

“It would bring to an end the cycle of Chinese prosperity,” he said.

Luttak said human folly has been a theme throughout history, but for China to sacrifice everything “for the sake of three rocks—that would be one for the records.”