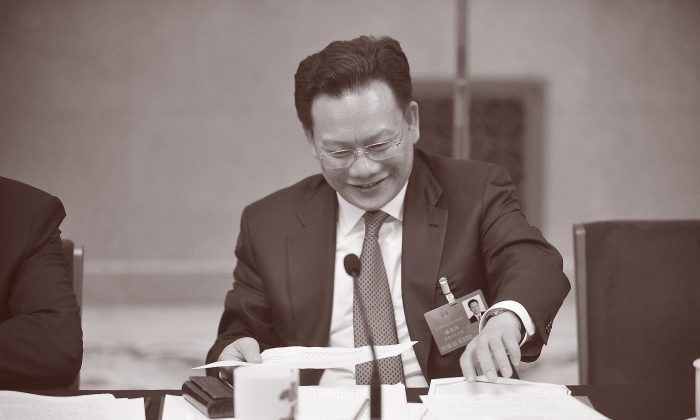 The court in Tianjin found that Pan Yiyang abused his positions as vice governor of the northern region of Inner Mongolia and Communist Party boss of Ganzhou in the eastern province of Jiangxi and took bribes, the agency said.

Between 2000 and 2013, Xinhua said, Pan “many times” offered bribes totaling 7.6 million yuan ($1.10 million) to Ling Jihua, a close aide to former president Hu, who retired in 2013, to be succeeded by Chinese leader Xi Jinping.

Ling was jailed for life last year after being found guilty of taking bribes, illegally obtaining state secrets and abuse of power, at a secret trial, where his wife testified against him.

The Tianjin court found that Pan had cooperated in the investigation against him, admitted his guilt and had repented, meaning he was given a lighter sentence, Xinhua added.

It was not possible to reach a legal, or family, representative of Pan for comment. Courts are controlled by the party and generally do not challenge party accusations of corruption against senior former officials.

Xi has launched a sweeping war against deep-seated corruption since taking office more than four years ago, warning, like others before him, that the problem is so bad it could affect the party’s grip on power.

Dozens of senior officials have been jailed, including the feared former state security chief, Zhou Yongkang.