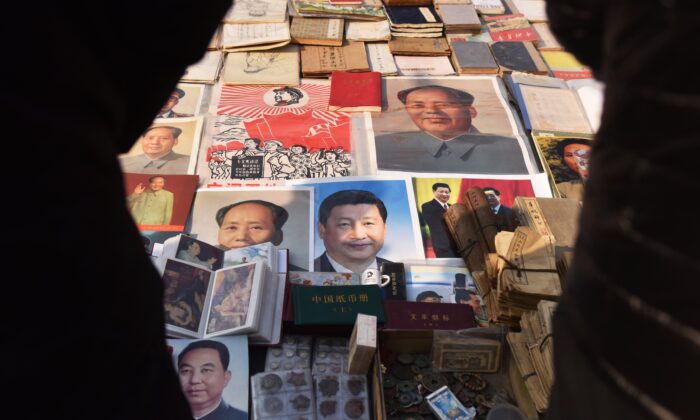 China Is Weaponizing Chinese Worldwide to Support the CCP

“Promoting the great unity of the Chinese people is the historical responsibility of China’s patriotic united front work in the new era,” Chinese leader Xi Jinping said at the end of July to Chinese Communist Party (CCP) cadres in Beijing. “To do this job well, we must … truly unite all Chinese people in different parties, nationalities, classes, groups, and with different beliefs, and those who are living under different social systems.”

“Different social systems” is Party lingo for “other countries.”

Xi’s words sound benign, but the intent is not. In short, Xi, at the Party’s United Front Work Conference, said he hoped to unite—in other words, to mobilize—ethnic Chinese everywhere to support the CCP, to effectively make every Chinese individual a CCP agent.

“The Chinese Communist Party just doesn’t accept that people who adopt foreign citizenship are no longer beholden to the motherland as represented by the Chinese Communist Party,” Charles Burton of the Ottawa-based Macdonald-Laurier Institute said on “CBS Eye on the World” on Aug. 17. “There is no escape from this ethnic identification based on being descendants of the Yellow Emperor.”

Xi’s predecessors also appealed to overseas Chinese, so in one sense there was nothing new in his words in July. Yet there is nonetheless cause for great concern. Mao Zedong, in fact, tried to use ethnic Chinese populations outside China to overthrow their governments. Xi reveres Mao, has adopted many of Mao’s tactics, and is surely as determined as Mao in using Chinese people to do his bidding. Xi is serious in seeing all the world’s Chinese as a single, unified force.

Many of those “different social systems”—especially the United States—are squeamish when it comes to singling people out because of their race. Yet American policymakers can’t ignore the fact that the CCP’s appeal to overseas Chinese is overtly race-based.

“We all share the same ancestors, history, and culture. We all are sons and daughters of the Chinese nation and descendants of the dragon,” Yang Jiechi, now China’s top diplomat, said in 2013 to a group of overseas ethnic Chinese children attending a government-sponsored “roots-tracing” tour event.

The regime sponsors these tours to indoctrinate. Foreign children, in Taishan in Guangdong Province during a tour late last decade, were asked to sing the 1980s-era “Descendants of the Dragon.” The appeal to race is unmistakable, as this portion of the lyrics makes clear: “With brown eyes, black hair, and yellow skin, we are forever descendants of the dragon.”

In fact, China’s regime asks, cajoles, threatens, and intimidates dragon descendants to commit crimes for “the Motherland.” As successful American prosecutions indicate, some ethnic Chinese are especially susceptible to those appeals.

In February, however, the Justice Department ended its Trump-era China Initiative, which concentrated law enforcement efforts on Chinese espionage. Yet, given Xi’s call on overseas Chinese to work for China, it’s time to reinstitute that program and devote more resources to it.

Many have called the initiative “racist,” but any new program would be merely responding to the CCP’s race-based appeals.

The overwhelming majority of Americans of Chinese descent—especially those who have fled China recently—are loyal to America, but some Chinese in America flaunt their support for Chinese communism. The flying of flags of the People’s Republic of China in Chinatowns across the United States—especially San Francisco’s before the pandemic—was particularly disturbing and suggestive of disloyalty to the American republic.

Can Americans of Chinese descent be loyal to both America and China? No.

The CCP has made itself an existential threat to America and every other society. The Chinese regime, especially in recent years under General Secretary Xi, has been pushing the notion that it holds the mandate of heaven to rule “tianxia,” or “all under heaven.” The promotion of tianxia means, among other things, that the Party views the U.S. government as illegitimate and America as nothing more than a tributary society or colony.

To make matters worse, the Chinese state has been open about its hostility to the United States. Among other things, in May 2019, People’s Daily, the Party’s self-described “mouthpiece” and therefore most authoritative publication in China, declared a “people’s war” on America.

Let me end on a personal note, as dragon blood proudly flows in my veins. My dad, who arrived in this country in early 1945, came from a small farming village in Jiangsu Province, across the mighty Yangtze River from Shanghai. My mother’s family traces its roots to Dundee, in Scotland, but I haven’t identified with that half of my heritage. I grew up in New Jersey, steeped in Dad’s stories of the Yellow Emperor and, of course, tales of dragons.

Nonetheless, my storytelling dad never missed an opportunity to vote or tell his four children how wonderful his adopted country was. He always said, “China is my birthplace, but America is my home.”

We “Chinese-Americans”—I abhor the term—need to remember where we now live. We can’t remain oblivious, as we so far have had the luxury of doing.

Although we technically don’t have an obligation to prove our loyalty to America, we must, as a group, understand that a hostile power is trying to weaponize us. Xi has openly called on us to become a subversive force, to help him to destroy the country we now call home.

It’s time, therefore, for us to begin cleaning our own ranks. This means, among other things, not tolerating displays in our country that promote Chinese communism. Moreover, it means not shouting “racism” every time law enforcement arrests someone of Chinese descent. If we don’t take the lead in these tasks, others will naturally do that for us.

We may think it unfair, but we now have to make a choice.

After all, our country—the United States of America—is in peril because a foreign state—the People’s Republic of China—is attacking it and hoping to use us to take it down.

The Communist Party of China refers to us as “overseas patriotic forces.” People in our communities will want to know to which country we feel patriotic.