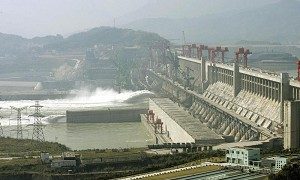 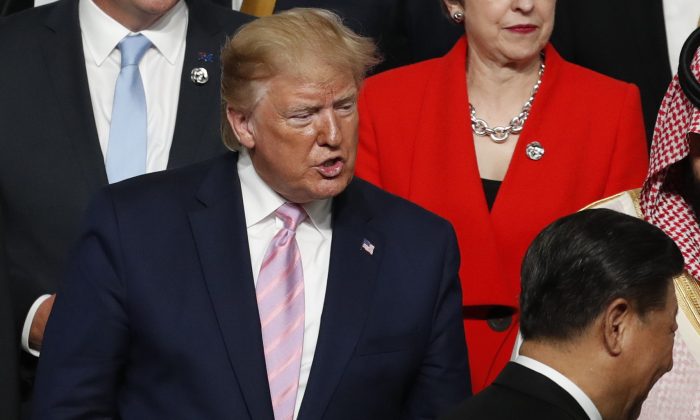 In response to open letter 'China Is Not an Enemy' addressed to President Trump, members of Congress

Recently, more than 100 scholars, former diplomats and military officials, and business leaders wrote an open letter to President Donald Trump and members of Congress, claiming that “making China a U.S. enemy is counterproductive.”

This letter, titled “China Is Not an Enemy,” makes seven propositions on “the problems in the U.S. approach to China and the basic elements of a more effective U.S. policy.”

As a China insider, and former research fellow of The Development Research Center of the State Council of the People’s Republic of China, this is what I have to say in response to the above-mentioned open letter.

1. It’s true that “China is not an enemy,” but the Chinese Communist Party (CCP) is. It’s disappointing to see that so many prominent scholars, former diplomats and military officials, and business leaders failed to differentiate between China and the CCP, when more and more politicians and China experts are doing so.

We must understand that as long as the CCP is the only and absolute ruler of China, it’s the CCP that we are dealing with when we discuss “the U.S. approach to China” most of the time.

And the essential precondition for us to find the right approach is a clear understanding of the CCP: its nature, its thinking, and its goal. In other words, how do we define the CCP? Failing this, it’s impossible to come up with the right approach.

Judging from the Communist Party’s own manifesto and its bloody history, we can easily come to this conclusion: The CCP is, by nature, an evil party that never hesitates to carry out mass murder, and its goal is to destroy existing human civilization and all of humanity.

The “Communist Manifesto,” published in 1848, clearly stated: “The Communists disdain to conceal their views and aims. They openly declare that their ends can be attained only by the forcible overthrow of all existing social conditions.”

In 2003 and 2005, two speeches allegedly made by CCP Gen. Chi Haotian (Minister of Defense, 1993–2003), titled “The War Is Coming to Us” and “The War Is Not Far from Us; It Is the Midwife of the Chinese Century,” were widely circulated on the internet. While it is difficult to verify their authenticity, critics generally believe that the speeches represent the true mentality of the CCP.

In these speeches, apart from advocating war for “the Chinese Century,” Chi also discussed the reasons behind it. He allegedly claimed that in order to gain more living space for the Chinese nation, and for the CCP to maintain its ruling status, it must “lead the Chinese people to go out of China, and to expand the development to overseas countries.”

Similarly, in 2005, Chinese Gen. Zhu Chenghu threatened to launch nuclear missiles at the United States, warning that hundreds of U.S. cities could be destroyed.

In recent years, the threat of war has been replaced by the seemingly more “peaceful” and less harmful “China Dream,” or “the Great Rejuvenation of the Chinese Nation.”

However, the goal and the mentality have never changed. The CCP wants to overturn or replace the existing world order, and to install its own order and rule, as expressed in its early, and very famous claim, “The proletarians can liberate themselves only by liberating all humanity.”

If we understand the mentality and the goal of the CCP, we won’t harbor any unrealistic illusions that the CCP can become part of the civilized international community.

2. After 40 years of “engaging China,” the biggest and bitterest lesson for the United States and the free world to learn is that “engaging China” hasn’t brought about changes inside China that the world wants to see. This view has been expressed by many U. S. politicians and China experts. Even U.S. Sen. Dianne Feinstein (D-Calif.), a longtime friend of former CCP head Jiang Zemin, expressed her disappointment that the decades-old hope for a good relationship with China had begun to “come apart,” in a Senate hearing on Dec. 12, 2018, on “China’s Non-Traditional Espionage Against the United States: The Threat and Potential Policy Responses.”

As the old saying goes, “Fool me once, shame on you; fool me twice, shame on me.” We don’t need to spend any more years repeating the mistakes.

3. The open letter stated: “Although its rapid economic and military growth has led Beijing toward a more assertive international role, many Chinese officials and other elites know that a moderate, pragmatic, and genuinely cooperative approach with the West serves China’s interests. Washington’s adversarial stance toward Beijing weakens the influence of those voices in favor of assertive nationalists. With the right balance of competition and cooperation, U.S. actions can strengthen those Chinese leaders who want China to play a constructive role in world affairs.”

As a matter of fact, there is no evidence that there exists “Chinese leaders who want China to play a constructive role in world affairs.” There are, indeed, different factions within the CCP that fight fiercely against one another.

However, we must realize that all these internal struggles are only for the purpose of maintaining or gaining power. There aren’t struggles between pro-democracy leaders and those that are against it.

If we look at the history of the CCP, we can find these two facts:

First, no one has ever successfully changed the Party from within; even a few former top heads of the CCP, including Hu Yaobang and Zhao Ziyang, who were once regarded as “reformers” inside the party, failed to do so. Both of them died in misery without being able to bring about much change.

Anyone who tried to make any positive changes ended up becoming an outcast.

The reason is, if the degree of evilness of an individual can’t meet that of the Party, that person can hardly be maintained as a party head, and will be pushed aside.

Therefore, any imagination that “good forces” within the CCP can push for positive changes is not only illusory, but very harmful.

Second, too many top level intellecutals and ordinary Chinese have been killed because they trusted in the CCP or the “good leaders” within the CCP. These unfortunates chose to join the CCP, or to return to the CCP, or to stay in China after the CCP took power.

Again, bloody lessons paid for with countless lives should be heeded and learned.

4. The open letter said, “Many Chinese officials and other elites know that a moderate, pragmatic, and genuinely cooperative approach with the West serves China’s interests.”

This might have been true in certain periods and under special circumstances, when the CCP faced life-threatening economic crises, such as after the Culture Revolution. Deng Xiaoping, then-leader of the Party, was forced to adopt the “reform and opening up” policy as China’s economy was on the verge of total collapse.

However, things are different today.

After China was allowed to join the World Trade Organization, its economy maintained double-digit growth for many years. As a result, China’s GDP in 2018 is more than 200 times higher that in 1979, when the “reform and opening up” policy began.

The reality is, the CCP has taken advantage of the West as much as possible to gain economically. And as soon as it had the means, it started to “reshape” the world order, with its programs such as “One Belt, One Road,” “Made in China 2025,” and “Corner-overtaking Strategy.”

So the CCP’s purpose in “temporarily” cooperating with the West is to benefit from and to take advantage of it, not to grow together with the world. When the CCP’s economic power is strong enough, it will surely push forward its agenda, not that of the West.

Stewart Paterson, the author of “China, Trade and Power: Why the West’s Economic Engagement Has Failed,” came to that conclusion after studying all the economic aspects of the WTO since China’s accession in 2001.

“Economic engagement was supposed to induce political change in China, but it is actually threatening the political system in the West,” Paterson said.

5. Why did economic engagement fail to induce political change in China?

One, the CCP is very much determined to keep its power and current system—at any cost. As Deng Xiaoping famously said, “If we have to kill 200,000 people in exchange for 20 years’ stability, kill we will.”

And two, because of the CCP’s extremely tight information and ideological control, the general public doesn’t know much about the CCP’s astonishing crimes, especially those that are ongoing. In the meantime, they are instilled with ideas such as “the West always wants to knock China down,” “China cannot do without the CCP,” “all the crows in the world are as black as one another,” “the West is also doing all sorts of bad things,” and “the West is no better than China.”

Because of information and thought control, it’s difficult for the newly formed so-called middle class to proactively seek or even to long for democracy and freedom in China.

After long-term—and, to a degree, very successful—brainwashing of the entire nation, many Chinese are now satisfied with, “As long as the Party feeds us, as long as we are allowed to make money, everything is just fine,” “Although the Party does have many problems, China won’t do without it,” and more.

So, if the free world really wants to induce positive changes in China, the first priority should be to focus on breaking through the CCP’s control of information and ideology, and helping the Chinese people gain free access to the internet.

6. It’s very important to keep up the “maximum pressure” strategy with the CCP. Trump’s trade war and other strategies have already shown their effectiveness and potential to bring about real, structural changes in China. “Maximum pressure” is the only way to force the CCP to listen to what the United States has to say, and to take action accordingly.

7. Targeted sanctions against individual CCP officials also can be very effective, without hurting the Chinese people and the Chinese nation. CCP officials won’t feel that much pain if the nation’s interests are harmed; what they care most about is the wealth they have personally accumulated through all sorts of immoral and illegal actions. Many of them have transferred their money to the West, with some having sent their wives and children to other countries, because they have no confidence in the CCP’s future.

If the Trump administration can start seriously investigating and targeting individual CCP officials who violate human rights or other international treaties, it can not only exert tremendous pressure on the CCP, but also win wider support, both domestically and internationally.

All in all, we should never repeat the “engagement” mistakes we’ve made; never harbor any unrealistic, or, may I say, stupid illusions toward the CCP.

As the “Nine Commentaries on the Communist Party” stated so wisely: “History tells us never to believe any promises made by the CCP, nor to trust that any of the CCP’s commitments will be fulfilled. Believing the words of the Communist Party—no matter what the issue may be—will cost one one’s life.”