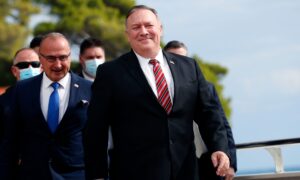 Koala Mattress Company in Trouble After Moving Manufacturing to China

Australian furniture retailer Koala, famous for its signature mattress and sustainability ethos, has faced backlash for moving the manufacturing of some of its products to China.

Koala is a Sydney-based company that found success by marketing itself to millennials through social media as an ethical and sustainable bedding option made in Australia.

After the CCP banned the National Basketball Association (NBA) for nearly a year, on Oct. 10, CCTV resumed broadcasting NBA games. What are the reasons behind the reversal of the CCP’s attitude?

Last October, Daryl Morey, the general manager of the Houston Rockets of the NBA, posted a picture on Twitter with the words “Fight For Freedom, Stand with Hong Kong,” supporting Hong Kong’s anti-extradition protests. This tweet immediately triggered one of the NBA’s biggest business crises in China. Media platforms including CCTV Sports Channel and Tencent Sports have all suspended their broadcast arrangements for the NBA preseason games. Attempting to force Morey to apologize, many Chinese companies and institutions have also withdrawn their capital, and e-commerce platforms have removed NBA related products.

Brazil signed a contract with a Chinese company at the end of September to purchase CCP virus vaccines. It was exposed that the prices between the vaccine sold abroad and domestic vary greatly, triggering criticism from Chinese netizens.

Chinese netizens shared a screenshot of Phoenix Media’s official Weibo post on Oct. 4, in which they stated that China’s Sinovac Biotech Ltd. signed a contract with Brazil to provide 46 million doses of COVID-19 vaccines. It is the first time in China’s history to export vaccines overseas. Netizens marked the price of the vaccine specifically with a red underline: “$2 per dose, $4 for 2 doses.”