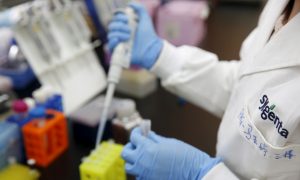 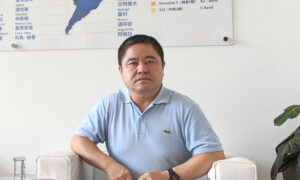 On September 15, the United States issued a sweeping new advisory warning against travel to mainland China and Hong Kong, citing the risk of “arbitrary detention” and “arbitrary enforcement of local laws.” The advisory is likely to heighten tensions between the sides that have spiked since Beijing’s imposition on Hong Kong of a strict new national security law in June that has already been met with a series of U.S. punitive actions. The statement warned U.S. citizens that China imposes “arbitrary detention and exit bans” to compel cooperation with investigations, pressure family members to return to China from abroad, influence civil disputes, and “gain bargaining leverage over foreign governments.” The advisory said: “U.S. citizens traveling or residing in China or Hong Kong, maybe detained without access to U.S. consular services or information about their alleged crime. U.S. citizens may be subjected to prolonged interrogations and extended detention without due process of law.”

Twitter has suspended the account of a Chinese virologist who claimed to have evidence showing that the CCP virus was manufactured in a lab. On September 14, Dr. Yan Limeng, who fled Hong Kong to the United States in April, released a study claiming that the virus shows “biological characteristics that are inconsistent with a naturally occurring, zoonotic virus” and thus “should be a laboratory product.” The study has not been peer-reviewed. Twitter quickly banned Yan’s account following her tweet announcing the study. The account, which Yan only opened on September 13, had garnered over 59,000 followers in its short lifespan. Yan said that the scientific community has “kept silence and worked together with the Chinese Communist Party” to censor studies that came to similar conclusions.

European Union leaders held a video summit with Chinese leaders on September 14. EU leaders criticized the CCP for failing to abide by international commitments on issues such as trade, human rights violations in Hong Kong and Xinjiang, and the South China Sea. They asked Xi Jinping to make improvements and said that the EU would not continue to be treated unfairly. Critics believe that the “good times” between the CCP and the EU are gone forever. German Chancellor Merkel said that the European Union put pressure on Xi Jinping, demanding China “make progress on the investment agreement.” The PRC is the EU’s second-largest trading partner after the United States. The daily bilateral trade volume between China and the EU exceeds 1 billion euros. Chinese Canadian writer Sheng Xue said that out of consideration of its own economic interests, the European Union has not done a good job in the past regarding issues on violations of human rights by the CCP.