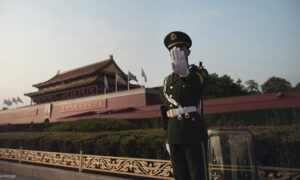 China Insider: WHO Promotes Unfinished Vaccines Developed by the CCP
0 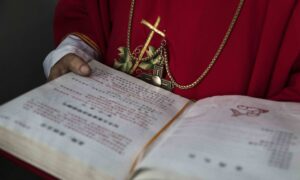 A series of leaked documents shows that patients in China with symptoms similar to COVID-19 were hospitalized months before the regime’s official timeline, throwing into question when exactly the CCP virus began spreading in Wuhan, China’s epidemic ground zero.

According to hospital data obtained by The Epoch Times from a trusted source who has access to government documents, at least one patient with COVID-19-like symptoms was treated in September 2019 and dozens more were hospitalized over the following month.

The city’s health commission only publicly announced an outbreak of a novel form of pneumonia on December 31, 2019—after social media posts by whistleblower doctors had gone viral.

According to internal Chinese government documents recently obtained by The Epoch Times, the Chinese regime is planning to build more rocket sleds—used to test missiles, artillery, and aerospace equipment—at a military base in Inner Mongolia.

Called Base 051, the site is operated by China’s largest state-run defense company, China Ordnance Industries Group Corp. (Norinco). It has been testing weapons since 1965.

Few details are known about the secretive base.

Since October 11, CCTV, mouthpiece of the CCP, has continuously broadcasted a number of videos of Taiwanese confessing to so-called spying. Experts believe that such propaganda will only have a counterproductive effect on the people of Taiwan, which actually helps the Democratic Progressive Party (DPP) of Taiwan.

On Oct 12th, the television program called Focus Talk, which airs on China’s state-run broadcaster CCTV, reported that Cheng Yu-chin, a Taiwanese scholar who had taught in the Czech Republic, was arrested by the CCP last year.

Liu Peng, director of the local police station in Cili County, Zhangjiajie City, Hunan Province, was recently exposed for demanding a $3 million bribe from a company involved in dealing with a trans-provincial case, causing an uproar of public opinion. However, a former Chinese policeman has revealed that such extortion is actually quite common. Everyone from top to bottom in the CCP bureaucracy wants to take advantage of their power.