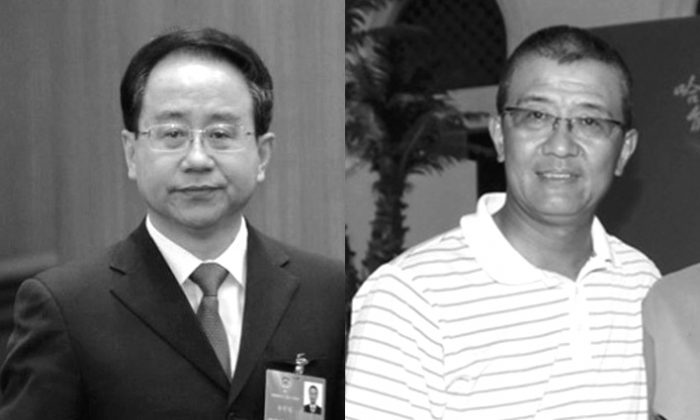 BEIJING—China’s anti-corruption agency said that it is in talks with the United States over a highly connected businessman who fled China, possibly bearing politically sensitive information.

The statement by an agency spokesman at a news conference on Jan. 15 is the first official acknowledgment of China’s interest in Ling Wancheng, whose brother was a top aide to former Chinese regime leader Hu Jintao before being arrested on corruption charges.

Ling is believed to hold sensitive information about China’s leadership and could deliver an intelligence windfall should he defect.

The New York Times reported last year that the Obama administration has rebuffed Chinese requests for Ling’s repatriation and has warned China about covert agents seeking his whereabouts on U.S. soil.

Liu Jianchao, the official at the Chinese Communist Party’s Central Commission for Discipline Inspection responsible for repatriating corruption suspects, told reporters that China was “in dialogue” with the U.S. but did not give details or say whether Ling might be handed over.

The brother, Ling Jihua, was the right-hand man and close ally of the former Party leader and has not been tried. He served until 2012 as head of the Chinese regime’s general office, a position comparable in U.S. politics to the president’s chief of staff.

Ling fell out of political favor following a lurid scandal involving his alleged cover-up of his son’s death in a speeding Ferrari.

Some political observers say Chinese leader Xi Jinping has used his anti-corruption drive, now in its fourth year, as a tool to clear out political rivals within the party and consolidate power. The campaign shows no sign of easing.

All Departments in Chinese Regime Now Targeted by Anti-Corruption Investigators

The Party hopes the campaign will help restore its reputation and rebuild trust among the Chinese public, while beefing up internal regulations to stem further corruption.

Discipline officials said on Jan. 15 that the investigations have been unbiased and more than 330,000 party members have been punished.

Wu Yuliang, the anti-corruption agency’s deputy secretary, said the campaign has won approval from the public and will continue with “undiminished force, unchanged rhythm, unmitigated scale.”