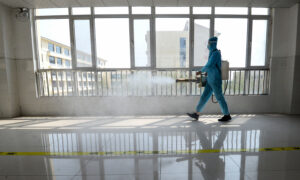 Data on hundreds of studies by Wuhan’s virology lab have reportedly been wiped. The news comes just before health experts from the World Health Organization are set to visit China to investigate the origins of the virus.

Some Chinese dissidents say they’re worried about Big Tech’s silencing of dissents. According to them, it could fuel a movement similar to China’s Cultural Revolution.

And the Chinese Communist Party is reportedly paying a handful of British YouTubers. That’s so they’ll promote the regime’s use of re-education camps where ethnic minorities are detained.