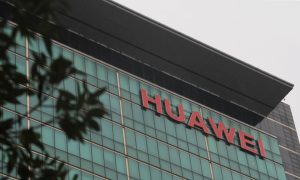 U.S. lawmakers are pushing for a bill to increase semiconductor production on American soil. The move is to secure national security and counter threats from China.

Beijing’s schools are putting their plan to reopen on hold after new virus cases crop up. The patients have no ties to Wuhan and have not left the city in the last two weeks, raising questions about the source.

The pro-democracy protests in Hong Kong took a violent turn when a pro-Beijing supporter pulled out a knife. Our on-site reporter was attacked.

Twitter announced it has deleted over 170,000 fake accounts in a network backed by the Chinese regime. This is the second purge in less than a year.

And congressional Republicans unveiled what they call the “toughest sanctions ever proposed” against the Chinese Communist Party (CCP) and other U.S. adversaries. They argued, “Congress must adapt to a new strategy … to push back against the CCP.”