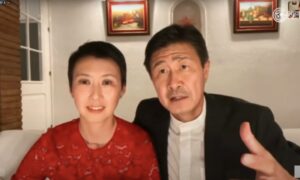 Workers digging up graves, hospitals pushed to the brink, Brazil is now among the worst hit by the CCP virus. What are its ties to China, and how did the communist regime gobble up Brazil’s key resources?

It’s called the “Gestapo” of China. A notorious Chinese agency tasked with cracking down on dissidents was said to be disbanded two years ago. But an internal document shows the agency still actively operates under a different name.

An eye-opening experience. A Chinese student studying abroad in the UK for two years discovered the truth about the CCP. What he found helped him understand the pandemic.

A grand jury has indicted a Harvard professor for allegedly lying about his ties to China. This is one of the Justice Department’s highest profile cases in its China Initiative to counter the Chinese Communist Party’s espionage efforts.