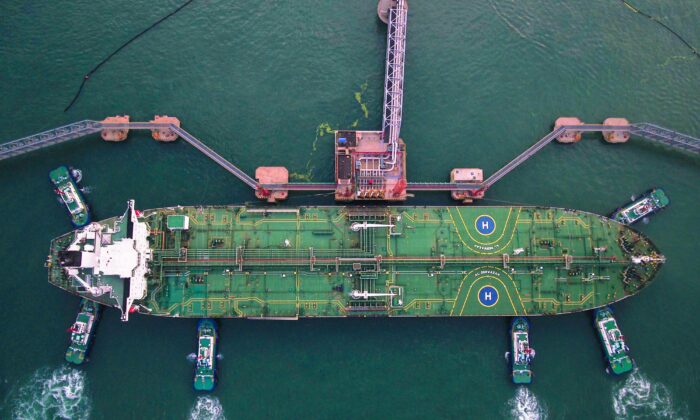 China was the fourth largest crude oil producer until domestic output peaked in 2015 at about 4.3 million bpd. China has fallen to the seventh largest producer output as it slipped to 3.8 million bpd, its lowest level of production since 2007.

After becoming the world’s largest crude oil importer in 2017, China has also been paying about a $5 price premium for imported Middle Eastern oil, referred to as Brent crude; versus the cost for U.S. oil, referred to as West Texas Intermediate. Lower cost U.S. exports to China began ramping up in 2016 but were curtailed in the trade war.

Following the Jan. 3 U.S. targeted strike on Iranian Major General Qasem Soleimani and President Trump’s threat to impose sanctions on Iraq amid rising Middle East tensions, crude oil futures jumped on Jan. 6 with Brent up $1.67 a barrel to a high of $70.27 and West Texas Intermediate hitting $64.39 a barrel. But morning oil futures prices fell back on Jan. 7 to $68.15 for Brent and $62.71 for West Texas Intermediate.

China’s 13th Five Year Plan released in 2017 is filled with oil and gas self-sufficiency goals based on opening up new opportunities for private and foreign companies. As part of the effort, China also announced a 20 percent increase in its domestic oil exploration budget to $77 billion in March 2019 to try to increase output in two of its older oilfields by 50 percent, or about 2 million bpd over the next five years.

Despite optimistic projections, China National Petroleum Corp. (CNPC) Chairman Wang Yilin pointed out that China’s import dependence ratio is “almost 70 percent.” He added: “As energy is a lifeline of the economy, CNPC as a key state enterprise and the nation’s largest oil and gas supplier must carry out the political task of enhancing national energy security by having a sound resource development strategy.”

In a Chinese Communist Party-affiliated Global Times newspaper interview with Lin Boqiang, dean of Xiamen University’s China Institute for Studies in Energy Policy, he warned: “More importantly, the government should be aware that such high oil dependency is actually a very unsafe source of risk.”

Lin stated there is little hope for gains in domestic oil production and instead urged sustained increases in the amount of oil held in China’s strategic petroleum reserve (SPR). He warned that SPR capacity only holds 40 to 50 days’ worth of imports in case of disruptions, less than half of SPR coverage reserves for Japan and the United States.