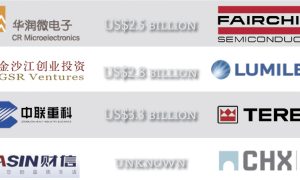 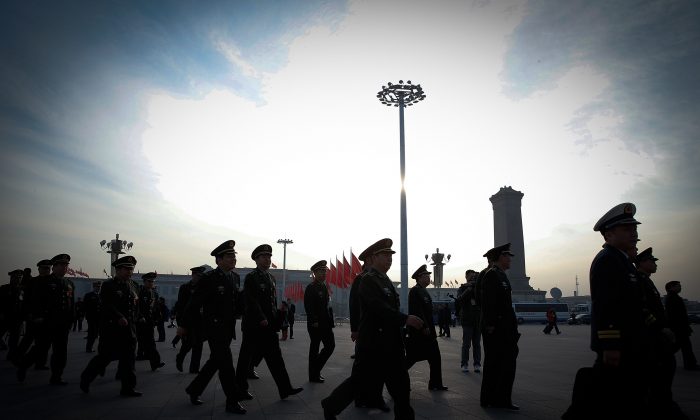 Chinese military officials arrive at the Great Hall of the People before a session of China's rubber-stamp legislature, the National People's Congress, in Beijing on March 12, 2015. (Lintao Zhang/Getty Images)
Chinese Regime

Chinese authorities are hinting at a new focus in its sweeping anti-corruption campaign against misbehaving Party officials.

At a national meeting for the Chinese Communist Party’s anti-corruption body, known as the Central Commission for Discipline Inspection (CCDI), held from Jan. 11 to 13 in Beijing, Party officials outlined requirements for their graft-fighting work, including an emphasis on thwarting “interest groups” from having a corrupting influence on officials.

“Resolutely prevent interest groups from enticing and corroding Party leaders and cadres, push for building a new type of relationship between business and politics that is intimate but clean,” read the requirement, according to a communiqué from the meeting published by state-run media Xinhua.

This is not the first time Chinese leader Xi Jinping has mentioned the need to clean up bribery practices between corporations and local government officials in his corruption-fighting campaign since taking power in 2012.

But singling out the influence of “interest groups” at the national meeting was unprecedented.

Days later, the Guizhou Province authorities provided an example of what the requirement might mean.

On Jan. 17, the Guizhou CCDI announced on its website new requirements to “strictly prohibit cadres from taking advantage of maotai liquor to obtain personal gains.”

Maotai, a type of distilled liquor named after the Guizhou town where they are made, is one of the province’s most renowned products and a luxury status symbol. It is often used as a social lubricant at official banquets and business dinners.

Maotai is a big business. The drink is produced only by the state-owned Moutai Distillery under the company Kweichow Moutai (also known as China National Liquor)—a publicly listed firm valued at more than $145 billion, according to Fortune magazine.

It’s no wonder local officials are enticed to make gains from the company.

To prevent such corruption, the CCDI announcement listed a number of prohibitions for local cadres, including: using one’s power to enable oneself, one’s spouse and children, or their spouses to engage in maotai business operations; receiving or giving maotai as gifts; and reselling maotai for a profit.

One rule further specified that cadres could not invest in the company, operate maotai retail stores, or sell the liquor for a commission.

Cadres should “educate and properly manage” relatives and those close to them to avoid breaking the new rules, the announcement said.

Officials who engage in any form of business-related interaction with the company have to be recorded in a new registry and failing to do so will trigger a “serious” investigation.

The notice signals an effort to crack down on messy business ties among officials.

Two other former company executives have been sacked under Xi’s campaign and are under investigation.

Beijing-based independent historian and commentator Zhang Lifan told Voice of America (VOA) that whereas the campaign previously focused on corruption within the Party bureaucracy, the targeting of “interest groups” would examine relationships with those outside the government.

He added that the label of “interest group” could be slapped on any Party official in a faction that is not one’s own. “I think this means the power struggle [between factions] could gradually become more intense,” Zhang told VOA in a Jan. 13 interview.