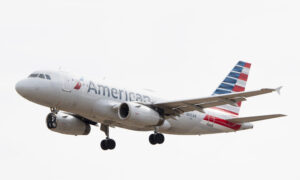 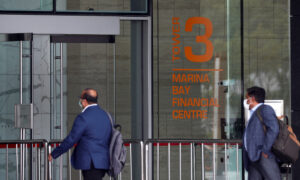 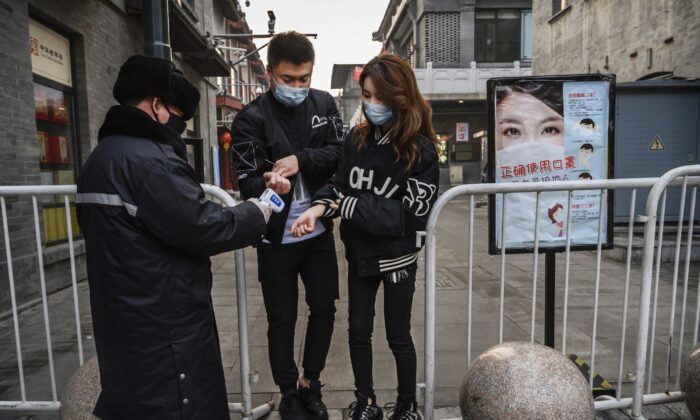 A Chinese security guard takes the temperature of a couple as they enter a nearly empty commercial street in Beijing, China, on Feb. 12, 2020. (Kevin Frayer/Getty Images)
America

The United States hasn’t received “direct data” from the outbreak of the new coronavirus from Chinese authorities, the Centers for Disease Control and Prevention (CDC) said on Feb. 12.

Asked about the information being sent over by China, Messonnier said that there has been more data coming out recently than at the beginning of the outbreak, which was reported to have started in December 2019 in the city of Wuhan.

But the direct data still hasn’t been made available to U.S. experts, Messonnier said.

“Seeing a graph somebody else produced is never as good as seeing the data itself,” she said. “CDC staff themselves haven’t yet gained access to the direct data. We continue to be hopeful that we’ll be invited to do that.”

Part of the reason the CDC wants to have experts on the ground in China is to get crucial data to support U.S. efforts to probe questions surrounding the virus. And U.S. leaders feel that American experts are some of the best in the world.

But the Chinese Communist Party has repeatedly rebuffed U.S. offers of assistance.

An advance team from the World Health Organization (WHO) arrived in China on Feb. 10 to help probe the outbreak of the virus, now known as COVID-19. The three members of the team were preparing for the arrival of the rest of the team, which was composed of 10 to 15 people in total. But China still hasn’t approved any American experts to be part of the team, Messonnier said on Feb 12.

The CDC “stands ready to send staff to the affected areas in China to work on this investigation and as soon as we are given this invitation to do that we are happy to do that, but we haven’t been invited yet,” she said.

In nearly every telebriefing or press conference, U.S. officials have noted or answered questions about the latest status on offers to China for on-the-ground assistance. And they’ve repeatedly said the invitations were rebuffed, save for one Feb. 3 statement from the White House. The White House didn’t immediately respond to a request for an update on the situation.

If U.S. experts can get on the ground in China, they could add expertise in attempting to sort out the continuing uncertainties surrounding the virus, including the incubation period, whether it transmits asymptomatically, and the severity index, Secretary of Health and Human Services Alex Azar said in January.

Thirteen of the 25 possible WHO team members were American experts from the CDC, the National Institutes of Health, and Biomedical Advanced Research and Development Authority, an office at Azar’s department, he said.