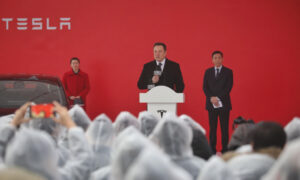 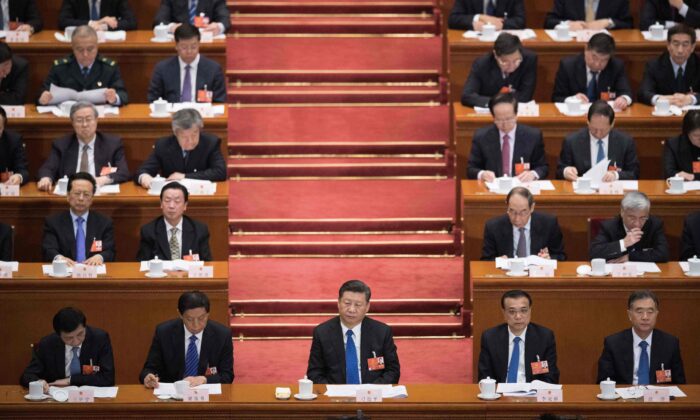 China Has Never Regarded US as Friend in Past 70 Years: Retired CCP Professor

The Chinese Communist Party regards the United States as an enemy and utilizes American’s kindness to grab resources and develop itself, according to a veteran ideology professor for the party’s Central Party School.

“The Chinese Communist Party (CCP) teaches the people to hate the United States … has consistently, from 1949 to this day, promoted anti-American sentiment,” CCP insider and retired professor Cai Xia wrote in an article published by the Hoover Institution on June 29 (pdf). “The words I have been most familiar with since kindergarten and primary school are phrases such as ‘stop the American imperialist wolves,’” she said of her experience growing up in communist China.

Cai then gave an example of the result of the CCP’s anti-American education. “Once, I bought a toy pistol and gave it to a six-year-old boy. The boy played with it and blurted out: ‘Kill the Yankees.’”

Perceiving the United States as its enemy, the CCP regime uses any method it can to benefit from America.

Believing “there can never be too much deception in war,” Cai wrote, “the CCP took advantage of opportunities for economic and cultural exchanges to sneakily acquire economic, commercial, technological, political, and military intelligence. In particular, the theft of high-tech research results is not only carried out in foreign companies within China but also by Chinese students and scholars who go abroad and may be required to ‘cooperate’ with certain agencies to filch various information.”

However, although Americans have been cheated by the CCP for over 40 years, many U.S. elites “still regard the CCP regime as an authoritarian one,” Cai resigned.

She warned that they have not realized that “China has turned into a refined form of neo-totalitarianism.”

“Relying on unilateral good wishes and illusions, they adhered to engagement, which caused the policy to have a certain ‘appeasement’ effect in reality,” Cai said of the prevailing approach by the U.S. government.

She warned that the “totalitarian system” of the CCP’s rule is “the greatest threat to American security and world peace, and the CCP regime has no moral compass” because “the CCP utilizes everything to achieve its aims.”

“They think that as long as the purpose is achieved, any means can be used (the ends justify the means),” Cai wrote.

She urged Washington to see the CCP’s true face clearly, which can help the nation and its people to take the right actions to protect itself as well as the world.

At the same time, Cai believes that “the CCP may suddenly collapse” because the regime “has the ambition of a hungry dragon but inside, it is a paper tiger.” Anything can happen in a totalitarian regime, she said.

Cai’s essay is titled “China-US Relations in the Eyes of the Chinese Communist Party.” She spends most of the 28 pages talking about U.S.-China relations from the Chinese perspective. As a professor who used to give communist ideological lessons to senior CCP officials, Cai concluded that the CCP had hated the United States for over 70 years and has deceived it for over 40 years.

From 1949—the year that the CCP seized control of the Chinese mainland—to 1969, the United States and China have had bad diplomatic relations, although both parties met for ambassador-level meetings over 100 times in Geneva, Switzerland, and Warsaw, Poland.

In China, the CCP’s education has taught people to think that the United States is the biggest enemy of the country and the Chinese people, Cai also warned of the regime’s propaganda efforts.

Things started to change when Beijing’s closest communist ally, the Soviet Union, started to challenge the CCP in 1958, when then-leader Mao Zedong and Soviet head Nikita Khrushchev couldn’t agree with each other on multiple issues. In March 1969, the Soviet Union and China clashed over a small islet on the Ussuri River—China called it Zhenbao Island and the Soviets called it Damansky Island—marking the start of worsening Soviet-China relations.

“Choosing the United States in the confrontation between the U.S. and the Soviet Union at that time helped the CCP to rely on the strength of the U.S. to reduce Soviet threats,” Cai wrote. On the diplomatic side, the CCP was actively building up relations with the United States throughout the 1960s, although it kept teaching its people that the United States was still the enemy.

On Jan. 1, 1979, the United States and China formally established diplomatic relations, and the U.S. helped China develop its economy with a hope that a “China under the CCP’s rule would become more liberal, even democratic, and a ‘responsible’ power in the world,” Cai wrote.

Ten years later, the CCP has killed its own people who asked for democracy and freedom in Beijing, resulting in the Tiananmen Square Massacre. Cai said then CCP leader Deng Xiaoping ordered the regime to “hide our capacity, to bide our time,” when dealing in foreign affairs. He tried to convince Washington that China’s market is huge and promised that the regime welcomed foreign companies to participate in this market.

This is the basic rule that the CCP regime had followed since then, Cai wrote. She gave an example of how the CCP has cheated Americans by selling this promise.

“It is precisely because the CCP has seen through the American capitalists’ strong desire for the Chinese market that it knew that big business would willingly pressure the U.S. government to make concessions. Therefore, the CCP couldn’t care less about criticisms of its human rights violations, and it has become increasingly repressive domestically,” Cai wrote.

However, these American enterprises and businessmen haven’t received the treatment they expected in China.

“[The CCP] will use enticing language to lure multinational companies into China. But then, these companies will soon find that they have fallen into a trap: they must transfer their technologies or face shutdown. After acquiring the foreign technology, China often figures out ways to force these companies to leave the Chinese market,” Cai wrote. “Elon Musk’s Tesla company is experiencing this situation now.”

At the same time, the CCP regime has kept up its brainwashing of the Chinese people, including CCP officials, to be loyal to the party and treat the United States as their enemy.

“After 1989, the CCP continued to strengthen its ‘crisis education’ within the party, emphasizing that if the CCP fell from power, as in the former communist party-states, tens of thousands of cadres could be incarcerated or killed, and most party members and cadres would face unemployment and difficulties in making a living,” Cai wrote.

Cai said the CCP regime started to have the ambition to control the world in 2008, when “China hosted the Olympic Games” and the United States “fell into the subprime financial crisis.”

Since then, the CCP has tried to involve itself in global rule-making like at the World Trade Organization. It had also busied itself with building a modern military “aimed at the United States,” expanding its overseas propaganda activities, and penetrating overseas “media, finance, economy, technology, education, think tanks, museums, and other fields and institutions.”

Cai pointed out that the CCP has restricted foreign scholars entering China, preventing them from sharing their mentality of free thought in China. The regime controls communications between Chinese scholars and foreign officials. At the same time, “the CCP’s ‘long arm control’ has reached Chinese students and Chinese organizations across the U.S., and the party has even set up CCP branches in American universities [to steal the know-hows and influence the free world],” Cai wrote.

Cai pointed out that Chinese current leader Xi Jinping is the most aggressive one, whose target is clearly the United States.

The CCP regime amended its National Defense Law on Jan. 1. Cai pointed out that one item specifying, “The State’s military activities are to prevent and resist aggression, prevent armed subversion and division, and defend national sovereignty, unity, territorial integrity, security, and development interests,” has a special meaning behind it.

“These two key terms, ‘division’ and ‘development interests,’ have profound implications: one is for Taiwan; the other is a threatening signal for all countries, and most importantly the U.S., that China’s military will go to war with whoever prevents the CCP from unifying Taiwan and whoever affects China’s development interests,” Cai wrote.

Cai, 68, was raised in a military family and joined the army in 1969. After retiring from the military, Cai became a CCP official in 1978. In 1992, Cai started her life at Central Party School as a postgraduate student.

In 1997, Cai became a lecturer at Central Party School to teach CCP ideology and politics. In 2000, she received the Doctor of Laws degree from the school and became a professor. She retired in 2012.

In 2020, when COVID-19 spread in China, Cai was in the United States as a tourist, and couldn’t return to China as planned.

In June 2020, an audio recording of Cai criticizing Xi Jinping was leaked online. Two months later, the CCP regime announced it was revoking Cai’s party membership and stopping her retirement benefits. She has remained in America since.