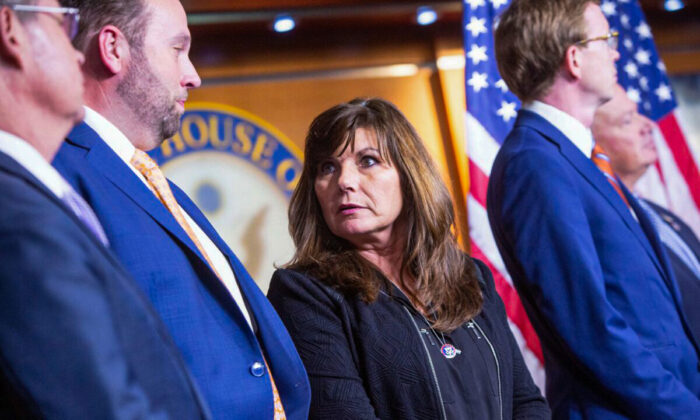 A Republican lawmaker says pharmaceuticals acquired from China are nothing less than medication acquired from the nation’s enemy. She’s fearful that supply chains could be leveraged against the United States.

Earlier this year, Rep. Mike Gallagher (R-Wis.) and colleagues introduced the “Protecting our Pharmaceutical Supply Chain from China Act of 2022” (H.R.7121). The legislation aims “to require the Secretary of Health and Human Services to maintain a list of the country of origin of all drugs marketed in the United States, to ban the use of Federal funds for the purchase of drugs manufactured in the People’s Republic of China, and for other purposes.”

The legislation currently is being considered by the House Subcommittee on Health.

The Epoch Times spoke to Rep. Diana Harshbarger (R-Tenn.), one of the legislation’s seven co-sponsors and a member of the House Committee on Homeland Security. While she considers this piece of legislation to be an important step in the matter, Harshbarger said that “to put a stop to having to take China’s drugs, the United States needs to incentivize American companies to bring the manufacturing of Active Pharmaceutical Ingredients (API) back to this country.”

By her estimation, the Chinese regime has “basically cornered the market” in pharmaceuticals, and H.R. 7121 would help confront Beijing’s dominance over the United States. Having been a pharmacist for 36 years, Harshbarger said she has been talking about this issue in the halls of Congress for quite some time.

“We should never be relying on an adversarial nation for our pharmaceutical needs,” she said.

She told The Epoch Times that the Chinese may actually supply up to 90 percent of APIs to the United States. India also imports about 70 percent of its APIs from China, according to a government report. She finds this alarming because “India is the main manufacturer of generics for the world.”

Harshbarger is particularly concerned because the Chinese regime “knows they could cut us off at any time, [and] we would be caught off guard.”

“Once again,” she said, “they are an adversarial nation, and they corner the market.”

A Broader Plan of Control

Dominating the API industry is potentially part of the Chinese regime’s broader plan to exercise control over the United States, Harshbarger said.

“When coronavirus reared its head, what was China able to do?” she asked. “They were able to shut manufacturing down—and that affected supply chains.”

To that end, in March 2020, Sen. Tom Cotton (R-Ark.) and Gallagher noted that “a Chinese Communist Party propaganda outlet insinuated that Beijing could cut off supplies of life-saving medicine to the United States at any time, dooming our country to ‘sink into the hell of a novel coronavirus epidemic.’”

With the “upper hand” on pharmaceuticals, Harshbarger fears for what will happen in the years ahead should the United States remain “reliant on an adversary” for APIs.

Since China could cut off the United States at any time, Harshbarger said that “it is absolutely imperative that the U.S. make efforts to reassure its API manufacturing.” U.S. companies need to be incentivized to take part in such an effort, she said.

“Constituents should be hounding their elected officials to make sure that we incentivize American pharmaceutical companies to bring that manufacturing back over here.”

The United States needs to put a halt on “putting profits over people,” she said.

“It’s time for America to undo the damage that’s been done, [and] become the world’s dominant leader in APIs,” Harshbarger said. “At this point in time, manufacturing APIs in the United States is a critical piece of national security, and the world needs to wake up to that fact.”