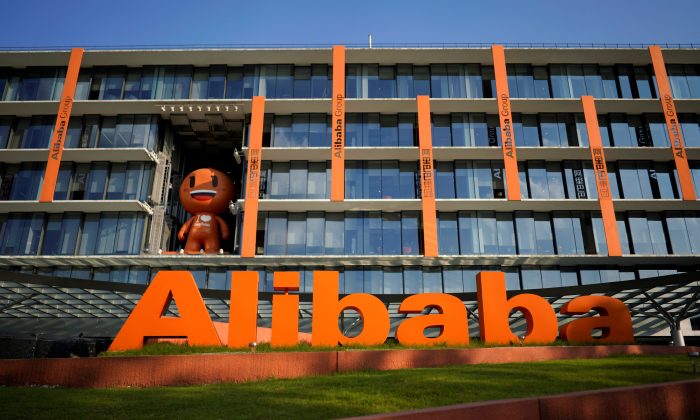 The logo of Alibaba Group is seen at the company's headquarters in Hangzhou, Zhejiang Province, China on July 20, 2018. (Aly Song/Reuters)
China Business & Economy

Chinese tech giants, including Alibaba, Tencent, and Baidu, were fined on Saturday for failing to report 43 previous acquisitions in the latest round of the anti-monopoly crackdown by the ruling Communist Party.

The companies failed to report the deals, that date as far back as 2012, according to an announcement from the State Administration for Market Supervision, citing the anti-monopoly legislation. Each violation carried a penalty of $78,000.

The market regulator issued anti-monopoly guidelines in February this year aimed at internet platforms. Alibaba was hit with a fine of $2.8 billion for anti-competitive tactics in April, while the food-delivery leader Meituan was fined $533 million last month for violating anti-monopoly regulations.

The regime stepped up its oversight of tech giants with its anti-monopoly or data security rules, and cracked down on tutoring companies, as it tightens its control over the economy and society.

The earliest penalty deal listed on Saturday was a 2012 acquisition between Baidu and a partner. The most recent was a joint venture agreement dated 2021 between Baidu and Chinese automaker Zhejiang Geely to establish a new company to build electric vehicles (EV).

The announcement also mentioned Alibaba’s 2014 acquisition of Chinese digital mapping and navigation startup AutoNavi, and its 2018 purchase of a 44 percent stake in food delivery service Ele.me, making it the largest shareholder.

China punished Alibaba, Tencent-backed China Literature, and Shenzhen Hive Box $78,281 in December last year for failing to report earlier deals for antitrust reviews. This is the first time it has ever done so.

Alibaba, Chinese e-commerce powerhouse, has suffered from China’s crackdown on the domestic technology industry, which has seen a series of new regulations brought in from anti-competition to data protection.

The crackdown triggered a selloff that, at its most extreme, wiped more than $1 trillion from Chinese stocks, which have experienced wild swings with every new regulatory probe, rule, and warning.

In August, the Communist Party issued a five-year blueprint to reshape China’s tech industry, confirming that the harsh changes will persist in the next few years.