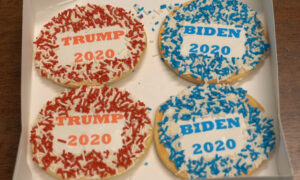 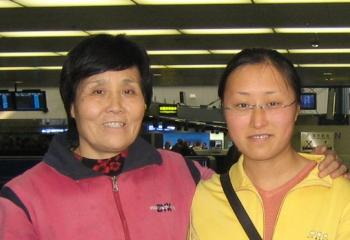 Zhu Lijin (left) and her daughter Salina Wang in Beijing 2001. (Photo courtesy of Salina Wang)
US

The State Department is urging their embassy in Beijing to monitor the treatment of Zhu Lijin, a 61-year-old Falun Gong practitioner detained in a labor camp in China.

Salina Wang, a New Zealander studying in New York, said her mother was arrested in February and has been detained in a labor camp since.

“She has to do forced labor and is subject to brainwashing every day,” Wang said. “I just worry, everyday, she is over 60 years old. The prison where my Mum is detained … quite a few practitioners have been tortured to death there.”

Away from her family in China and her home in New Zealand, Wang approached New York City Councilman Tony Avella for help. In April, Avella sent seven letters, including to President Obama, senators, and the Chinese consul-general in New York.

Avella received a reply from the State Department during late September by request of the president.

“We have asked our embassy in Beijing to look at Ms. Zhu’s case and are awaiting their findings,” the letter states. “In the meantime we will continue to monitor her case, as well as those of other Chinese citizens who are harassed or detained for peacefully exercising their internationally recognized rights to freedom of religion, belief, and conscience.”

Councilman Avella said he was surprised to receive the letter. “I do think the response shows some insight into the problems that Chinese citizens are having for exercising their right of freedom of religion and belief,” he said.

“I think we need to be stronger. I think we need to send a very clear message to China that we in the United States do not believe that violations of human rights are acceptable. Certainly for jailing somebody for their own practices or beliefs—it’s just not right and violates basic human law.”

Zhu was arrested while handing out Falun Gong literature on the street. Her computer and belongings were confiscated from her home, and she was sentenced to one year, three months in the Banqiao Women’s Re-Education-Through-Labor Camp without a trial.

Wang said her mother probably does not know about the letter—she hasn’t been able to speak with her since February. However, she is heartened by the government’s response.

“I am quite happy about what the U.S. government has done—especially informing the embassy in Beijing,” she said. “I think this is quite helpful for my Mum’s case. In some persecution cases, people just can’t get help—with help, it’s good for the safety of that person.”

The Amnesty International branch in New Zealand is also advocating Zhu’s case. Activism Support Manager Margaret Taylor said she will forward the State Department’s response to the Ministry of Foreign Affairs and Trade in New Zealand.

In January 2009, the U.S. secretary of state designated China a “Country of Particular Concern” under the International Religious Freedom Act for particularly severe violations of religious freedom.

Falun Gong is a personal cultivation practice based on the tenets of truthfulness, compassion and forbearance. In 1999, regime leader at that time, Jiang Zemin ordered a campaign of persecution intended to eradicate the practice.

Avella has not yet received a response from the Chinese Consulate in New York.