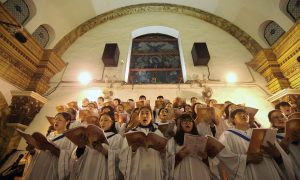 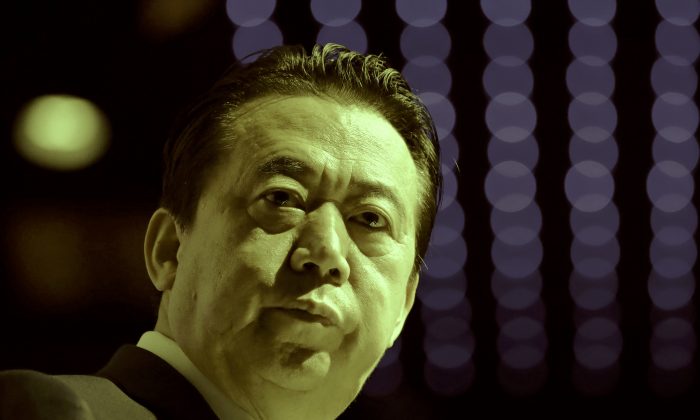 BEIJING—China said on March 27 that it has expelled former Interpol President Meng Hongwei from public office and the ruling Communist Party as he awaits trial on corruption charges.

Meng was elected Interpol president in 2016, but his four-year mandate was cut short when he was detained without notice by Chinese authorities last October during a visit to China from Interpol headquarters in France. It wasn’t clear why Meng had traveled to China.

At the time, Meng was also one of China’s vice ministers of public security.

An investigation found Meng guilty of serious legal violations, a party statement said, noting that he had failed to abide by party principles and implement the party’s decisions.

The statement said Meng abused his power to satisfy his family’s “extravagant lifestyle,” indulging his wife’s use of his authority for personal benefit. Expulsion from the party is usually the last step before a suspect is sent for trial and almost certain conviction. Corruption charges usually result in lengthy sentences, including life in prison.

Meng’s wife, Grace Meng, made a bold public appeal from France for help locating her husband after she lost contact with him last September. The appeal—especially unusual for relatives of senior Chinese officials—cast light on the forced disappearances of dissidents and allegedly corrupt officials alike under Chinese leader Xi Jinping.

Following Meng’s appeal, the Ministry of Public Security said he was being lawfully investigated for bribery and other crimes. Interpol said the international police agency had not been informed in advance of the probe, while the French police had launched an investigation into his unexplained disappearance.

Rights groups criticized Meng’s appointment in 2016, pointing to the lack of transparency in China’s legal systems and the potential for Meng to use his position against Beijing’s political opponents.

He is among a slew of high-ranking officials who have been ensnared by Xi’s sweeping crackdown on graft and perceived disloyalty.