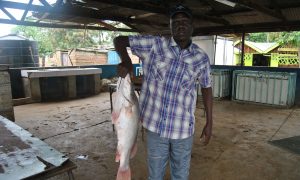 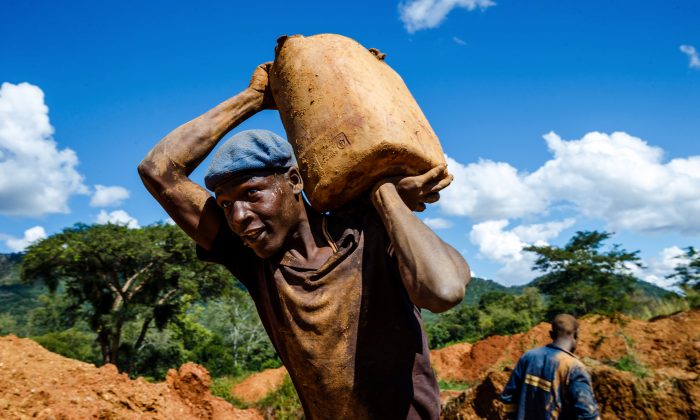 Experts, however, are worried that the Zimbabwean government is giving China too much control over the country’s natural resources.

Mnangagwa told a Chinese business delegation, which was in Zimbabwe for a three-day tour in July, that he was delighted that the Chinese officials’ interest in the country had extended beyond investing in the traditional urban areas.

The Chinese delegation was led by Ge Huijun, who chairs the Zhejiang provincial committee of the Chinese People’s Political Consultative Conference.

Mnangagwa said, “Twinning [of Zhejiang Province] with several provinces in our country will go a long way towards expediting the development of all areas of our country.” The provinces are Mashonaland West and Matabeleland North, to the north and west of the country, respectively.

But experts are sounding alarms over China’s potential exploitation and colonization of Africa through what has been called “debt-trap diplomacy.”

A report by Green World Warriors—a network of environmental activists—reveals that China has become “not only the largest trading partner in Africa, but also one of the largest lenders,” giving loans for railroads, roads, and stadiums. But many of these loans are not expected to be profitable for China.

“When these projects fail to meet the terms of the loan, China will then be able to control and use those projects for their own interests outright. This tactic, know as debt trap diplomacy, has been used across the world [by China],” the report states.

And according to online newspaper New Zimbabwe, Zimbabwe’s government has also offered 1,200 hectares of land in Victoria Falls—one of the natural wonders of the world—in an effort to lure Chinese investors into the country’s tourism sector.

However, Linda Masarira, president of the Labor, Economists, and African Democrats (LEAD), a newly formed political party in Zimbabwe, said that the twinning arrangement between the provinces was not a good idea, as it will not benefit ordinary Zimbabweans.

“There is need to know the motive behind the arrangement. Taking into consideration that the Zimbabwean government is desperate, the motive might be harmful to Zimbabweans,” Masarira told The Epoch Times.

“What the conditions of the arrangement are is the most important question to ask. Basically, this is selling Zimbabwe and our inheritance.”

The Zimbabwean government is offering incentives to Chinese investors, which include five-year tax holidays, no import duty on capital equipment, and easy registration procedures in the country’s Special Economic Zones.

But Masarira questioned whether Zimbabwe has the financial and physical capacity to explore opportunities in China—and whether Chinese officials would even allow Zimbabweans to explore the Asian country in the same way that the Chinese will be capitalizing on Zimbabwe’s resources.

She said China would benefit from ivory, diamonds, and gold from Matabeleland North Province, and gold and diamonds in Mashonaland West Province, whereas Zimbabweans will get nothing of equal value from China.

Ge, the leader of the Chinese delegation, was quoted in the Zimbabwean state-owned newspaper The Herald as saying Zimbabwe was an important partner of China in Africa, as the two countries enjoy a historical friendship.

“Currently, the relationship is at its best period. Guided by the ambition and political leadership of President Xi Jinping and His Excellency President Mnangagwa, the exchange between Zhejiang Province and Zimbabwe is increasingly deepened,” Ge said.

But Masarira said some Chinese businesses operating in Zimbabwe were already evading taxes and the banking system.

“How will Zimbabwe control them in these provinces?” she asked. “Partnerships should be sincere from a position of strength and not of begging, and there must be no threat to our sovereignty as a nation and no individual or local group should be prejudiced.”

An expert on China–Zimbabwe relations, Francis Danha, earlier this year told The Epoch Times that journalists should gather evidence of Chinese influence and dishonest activities in the country and expose them.

“We need active journalism which clearly outlines [Chinese company] activities as well as exposes the rot. As modern China is now self-conscious and publicity sensitive, they are quick to regress on the dirty moves which are clearly exposed,” said Danha, who also leads an opposition political party, the 1980 Freedom Movement.