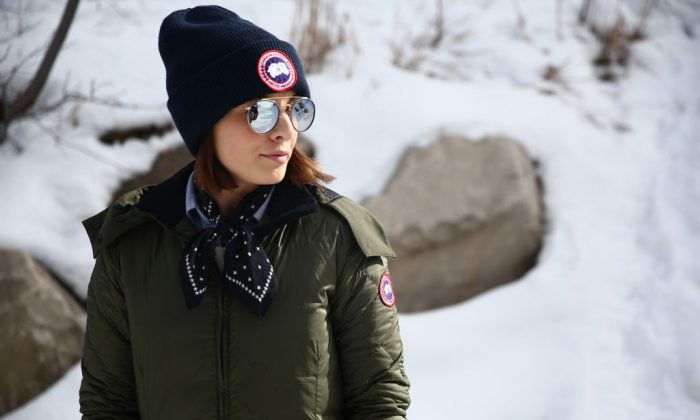 OTTAWA—Chinese authorities have detained a second Canadian national in China in an apparent retaliation for the arrest of Huawei executive Meng Wanzhou in Vancouver last week.

Meanwhile, in China, state media are calling for boycotts of Canadian brands in retaliation for Meng’s situation.

Businessman Michael Spavor, 43, has gone missing since contacting Canada’s foreign ministry to inform them that he recently had been questioned by Chinese officials.

“We have not been able to make contact with him since he let us know,” Canada’s Foreign Affairs Minister Chrystia Freeland told media on Dec. 12.

Canadian authorities confirmed that Spavor was based in the northern Chinese city of Dandong and worked on cultural exchanges with North Korea. Canada was working hard to ascertain Spavor’s whereabouts and would continue to raise the issue with Chinese authorities, foreign ministry spokesman Guillaume Bérubé said in a statement Dec. 12.

After the Canadian side made the news public, Chinese state media reported that security forces in Dandong, which borders North Korea, have been investigating Spavor since Dec. 10. That day, former Canadian diplomat Michael Kovrig was detained in China; he was working in China for the think tank International Crisis Group.

Chinese media said both Kovrig and Spavor have been detained on suspicion of “harming national security.”

The U.S. State Department expressed concern over Kovrig’s detention, urging China to “end all forms of arbitrary detention,” a spokesperson said in a statement. In an email, the State Department said it was “aware” of reports of Spavor’s disappearance, and reiterated its previous statement when asked about safety concerns for U.S. citizens in China.

Citing people familiar with the two men, Reuters reported that Kovrig and Spavor were acquainted, but that there hasn’t been any official indication from China that their cases are linked.

Meng was arrested on Dec. 1 at the request of U.S. law enforcement in Vancouver, Canada, on allegations of skirting U.S. sanctions on Iran. She was granted bail on Dec. 11. An extradition process that could last months or years is now underway. The Chinese regime had warned of “grave consequences” for Canada.

Much has been speculated about Meng’s case and its implications for trade negotiations between the United States and China. Freeland said Meng’s arrest wasn’t politically motivated, echoing a previous statement by Prime Minister Justin Trudeau. She stressed that Canada’s justice system is independent from the political system.

Freeland reiterated this point to media in Ottawa on Dec. 12, while speaking about Meng’s extradition process.

“I think one of the reasons that Canadians have confidence in our relationship is that the U.S. has a very strong, highly respected legal system,” Freeland said.

Boycotts in China Against Canadian Brands

In China, calls to boycott Canada Goose are snowballing. A series of articles by Chinese state-run media, along with online posts by internet personalities with ties to the Chinese Communist Party (CCP), has urged the Chinese public to punish Canada through their consumption habits.

The timing is unfortunate, given that the brand was scheduled to open its first physical location in Beijing this month.

The English-language edition of the Global Times, a hawkish Chinese state-run newspaper, published a Dec. 10 article titled, “Canada Goose Boycott ‘Likely’ Over Huawei.” The report claimed that Chinese consumers across the country “have kicked off a boycott” against Canada Goose. The article bluntly said that foreign companies would likely be affected when their governments have friction with Beijing, citing comments by Zeng Mingyue, a research fellow at the University of International Business and Economics in Beijing.

Luxury brands are “embedded with high added-value and representing their original countries’ cultural backgrounds, are very likely to be targeted when political or cultural friction emerges and escalates,” Zeng said.

The article added that domestic Chinese winter-clothing brands could benefit from a boycott of Canada Goose.

To show that the boycott is real, the Global Times included interviews with Chinese citizens, including a female surnamed Huang who lives in Chongqing.

“I have been watching closely the progress of the Huawei case,” Huang was quoted as saying. “If the case is not dealt with properly, I will definitely not buy a Canada Goose jacket and will turn to other similar products.”

In its Chinese-language edition, the Global Times published a Dec. 11 article reporting Canada Goose’s stock slump. The article went on to quote unidentified “experts” who said the Huawei arrest may negatively affect China’s investments in Canada.

On Dec. 12, the Global Times reprinted an editorial written by Liu Hong, the deputy editor-in-chief of a Chinese magazine, that was published by state-run media Xinhua. Liu said that as Meng’s case drags on, Canada might find itself in more trouble, and warned that many Canadian companies could see billions of dollars disappear because of the case.

State media also took the opportunity to boost Chinese competitors of Canada Goose. The state-run news site China News boasted of Chinese rival company Bosideng’s successes in the Chinese market and its overseas expansion. The article ended with a question: “This winter, will you choose a domestic-brand down jacket?”

Such an onslaught by China’s state-run media against a single company—and the Canadian government to a larger extent—isn’t unusual, since Beijing has a history of using propaganda to manipulate public opinion and consumer habits to align with its agenda.

Last year, Chinese media made an all-out effort to advise people to boycott South Korean products, after South Korean conglomerate Lotte allowed a U.S. anti-missile defense system to be installed on the company’s land. Beijing claimed that the defense system, known as THAAD, could be used to spy on Chinese airspace. Lotte announced this summer that it would shut all its retail stores in China, after reporting poor sales.

Chinese online personalities with ties to the CCP have also made veiled comments to incite their followers to boycott Canadian brands.

Song Zhongping, a former instructor at the Rocket Force University of Engineering military academy and a commentator with Hong Kong’s pro-Beijing Phoenix Television, asked his followers if Jamieson, a Canada-based manufacturer of wellness products, was an important brand “for Canada’s export of health care products.”

Song ended his Dec. 11 post on Sina Weibo, a Twitter-like platform, by saying, “Now you know.” He has more than 10.1 million followers.

Several netizens left comments underneath his post, saying that they will now boycott Jamieson.

Another Sina Weibo online personality, using the pseudonym “Xunhu Wencha,” compiled a list of Canadian brands in a Dec. 11 post. Self-described as a CCP member and a senior official at a government-run cultural association in Ningbo City in eastern China’s Zhejiang Province, Xunhu Wencha has more than 492,370 followers. He concluded his post by asking people to add Canadian brands that he’d failed to include.

A netizen from Beijing responded by writing, “You start off by not buying from [Canada] Goose.”