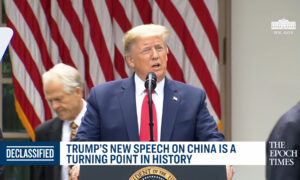 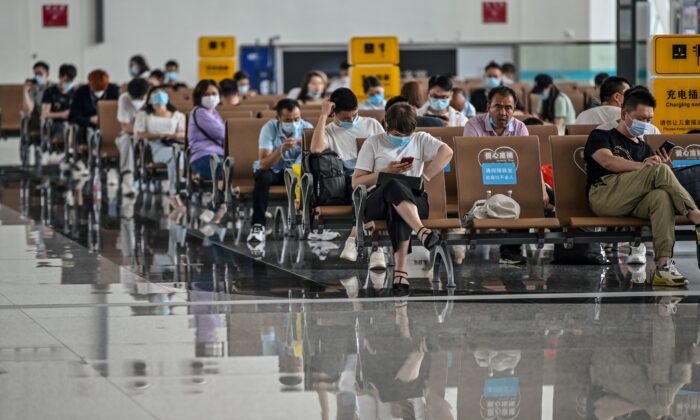 Passengers wearing protective masks sit as they wait for their flights at Tianhe Airport in Wuhan, in Chinas central Hubei province, on May 29, 2020. (Hector Retamal /AFP via Getty Images)
China-US News

China Eases Flight Curbs After US Targets Its Carriers

BEIJING—China will ease CCP virus restrictions to allow more foreign carriers to fly to the mainland, shortly after Washington vowed to bar Chinese airlines from flying to the United States due to Beijing’s curbs on U.S. airlines.

Qualifying foreign carriers, about 95 of them currently barred from operating flights to China, will be allowed once-a-week flights into a city of their choosing starting on June 8, the Civil Aviation Administration of China (CAAC) said on Thursday.

The CAAC said all airlines will be allowed to increase the number of international flights involving China to two per week if no passengers on their flights test positive for COVID-19, the disease caused by the CCP (Chinese Communist Party) virus, for three consecutive weeks.

If five or more passengers on one flight test positive for COVID-19 upon arrival, the CAAC will bar the airline from services for a week. Airlines would be suspended for four weeks if 10 passengers or more test positive.

The CAAC has slashed international flights since late March to allay concerns over rising CCP virus infections brought by arriving passengers. Mainland carriers are limited to one flight a week on one route to any country and foreign airlines are allowed to operate just one flight a week to a city in China.

Carriers could also fly no more than the number of flights in a weekly schedule approved by the CAAC on March 12. U.S. passenger airlines already stopped all flights to China at that time, meaning they were unable to resume flights to China.

The U.S. Department of Transportation could not be immediately reached for comment, though it has said it will reconsider the decision against Chinese airlines if the CAAC adjusts its policies affecting U.S. airlines.

Zhao Lijian, a Chinese foreign ministry spokesman, said at a daily briefing on Thursday the CAAC is lodging a complaint with the U.S. Department of Transportation for the ruling against Chinese air carriers. He said the CAAC is in close cooperation with its U.S. counterpart about passenger flights.

“We hope the U.S. side will not create obstacles for the resolution of this issue,” Zhao said.

China suspended the entry of most foreigners in late March, meaning only Chinese nationals can enter on commercial passenger flights.