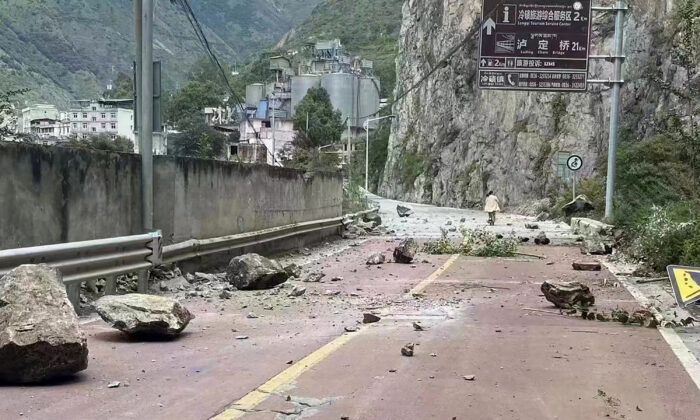 Fallen rocks on a road near Lengqi Town in Luding County of southwest China's Sichuan Province on Sept. 5, 2022. (Xinhua agent via AP)
China

The death toll of an earthquake in southwestern China this week has risen to 86 while another 35 people are still missing, state broadcaster CCTV reported on Thursday.

The 6.8 magnitude quake that struck just after noon Monday in Sichuan province caused extensive damage to homes in the Ganze Tibetan Autonomous Region and shook buildings in the provincial capital of Chengdu.

Monday’s quake was centered in a mountainous area of Luding county, which sits on the edge of the Tibetan Plateau roughly 200 kilometers (125 miles) from Chengdu, where tectonic plates grind up against each other.  The earthquake has led to landslides that damaged roads and cut off traffic.