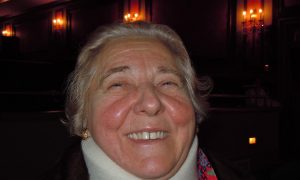 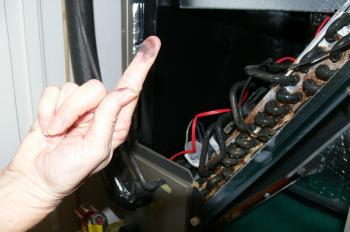 Mr. Schultheis holds a piece of clean copper tubing next to the blackened tubing of the AC in his home. (Linda Li/The Epoch Times)
US

NEW YORK—Chinese drywall has been confirmed to contain toxic materials after test results by the Environmental Protection Agency (EPA). The Chinese drywall was tested alongside U.S.A.-made drywall and the results were released on May 21.

Strontium at levels ten times as high as in U.S. drywall were found, as well as two other organic compounds generally found in acrylic paint that were not detected in any U.S.-made wallboard.

The Florida Department of Health has recorded 379 complaints from homeowners as of May 19. Residents with the Chinese-made drywall have had health problems that include bronchitis, dizziness, headaches, fatigue, and irritated eyes. Many affected houses have a rotten-egg-like smell, metal is turning black, and appliances are failing.

Used in construction, the tainted drywall emits a sulfur gas that mixes with moisture in the air to produce sulfuric acid—a highly corrosive acid found in acid rain.

“We now know there are three things in there that aren’t in other drywall samples,” Senator Nelson said. Nelson represents Florida, where an estimated 36,000 homes are believed to contain Chinese-made drywall.

“In the end, I think all this stuff is going to have to be ripped out,” Sen. Nelson said.

Senator Mary Landrieu represents Louisiana, where tons of the drywall was used in post-Hurricane Katrina construction.

“Sen. Nelson and I are continuing to work closely with federal officials to get answers for families with sick children and pets, construction workers and builders removing the product, and local health officials who are concerned with dumping the drywall in their landfills,” Sen. Landrieu said.

All told, it’s thought that between 60,000 and 100,000 homes nationwide may contain tainted drywall, according to the release.

A congressional hearing begins Thursday into the drywall issue, where experts from the U.S. Centers for Disease Control and Prevention, the EPA, Consumer Product Safety Commission (CPSC), a Florida homeowner affected by the drywall, and a Louisiana homebuilder are all expected to testify.