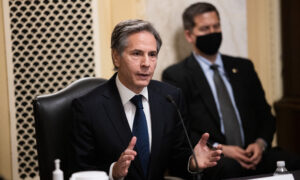 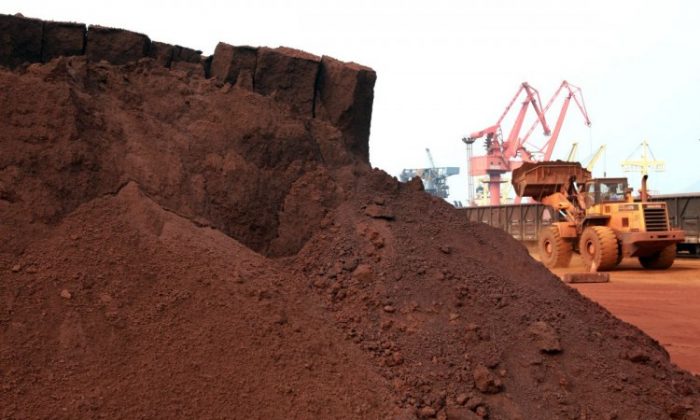 A forthcoming Pentagon study will focus on how China has sought to monopolize access to certain natural resources critical to the U.S. military in an effort to undermine U.S. defense.

The study, ordered by President Donald Trump, is expected to be released in the coming weeks and seeks to identify areas where the U.S. military has over-relied on foreign suppliers.

Reuters, citing anonymous U.S. officials, reported on Oct. 2 that the study will emphasize how China has become the main supplier of many rare earth minerals used by the United States. Such reliance on China could be a national security risk, as Pentagon officials worry that China could hobble the U.S. military by cutting off supplies of materials or by sabotaging technology that it exports.

Later on Oct. 2, Foreign Policy magazine published an article providing more details on which rare minerals will be mentioned in the study.

“The study accuses Beijing of flooding world markets with certain materials critical to the manufacture of fuel used in U.S. missiles and rockets and components of U.S. military jets, among other items. It concludes that China is carrying out this policy as a way of forcing U.S. suppliers out of business,” Foreign Policy reported, citing a Trump administration official.

That includes ammonium perchlorate (AP), a compound used in making fuel that powers rockets and missiles. The Pentagon study will note that China controls much of the world’s AP supply, selling it at artificially low prices and undermining competition with U.S. companies, according to Foreign Policy.

In the latest annual Department of Defense report to Congress on “industrial capabilities,” released in March, the Pentagon had already identified this supply problem.

The report noted that the Defense Department’s sole supplier is American Pacific, a U.S. firm that has seen decreasing demand.

Because there are also heavy overhead expenses, American Pacific has been forced to increase the price per pound of AP, making it more costly for the Pentagon to procure the material.

“The Department must find a long-term solution to mitigate the high cost and schedule risk to missile programs resulting from the fragility of a sole domestic supplier for AP,” the report said.

China has dominated the world’s supply of rare earth materials for decades. Any changes in its exports have caused significant fluctuations in global prices in the past.

That happened in 2015, when the sole rare-earth mine in the United States, the Mountain Pass Mine in California, was driven into bankruptcy by low prices. At the time, China relaxed its rare earth oxide export rules and flooded the market with minerals, sending prices falling. Molycorp, which owned Mountain Pass, could not stay in business and soon filed for bankruptcy, according to a June 2017 report by Mining.com, a website that covers the mining sector.

Molycorp sold the U.S. mine to a Chinese-led consortium, Shenghe Resources, in June last year.