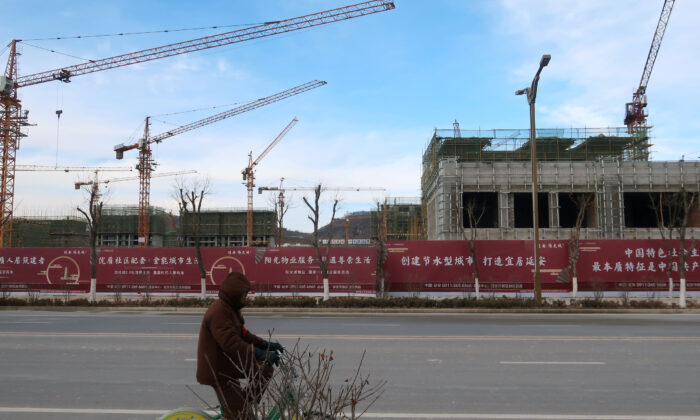 SHANGHAI—Chinese homebuilder Yango Group offered on Monday to exchange some U.S. dollar bonds for new notes personally guaranteed by its chairman, as it struggles to free up cash and avoid defaulting on upcoming debt payments.

Yango’s liquidity crunch comes against the backdrop of a debt crisis at larger rival company China Evergrande Group, which has stoked concern among investors globally about the country’s deeply indebted, $5 trillion property sector and tightened funding access for other developers.

Yango said it is also seeking the support of investors to change the terms of its five other outstanding dollar bonds.

It said the offer was part of “overall efforts to improve our liquidity, preserve options to stabilize our operations as a going concern, and avoid imminent payment defaults and potential holistic restructurings of our debts and business operations.”

The announcement follows a report from financial information provider Redd on Friday that Yango had asked holders of its onshore asset-backed securities (ABS) to refrain from asking for repayment for a year, over concerns it would struggle to pay this month.

On Monday, Redd reported that Yango had sweetened its offer with plans to pay more than 10 percent upfront in cash, and a second installment in March, with the remaining principal extended to November 2022. It did not say whether investors had accepted the offer.

In the onshore bond market, the Shenzhen Stock Exchange halted trading of Yango’s April and August 2024 yuan bonds after they fell more than 30 percent on the day.

“There is an ABS maturing on Nov. 8, so it’s a bit dangerous. The onshore market is anxious,” said a Beijing-based portfolio manager who asked not to be named, as he was not authorized to speak with media.

Domestic rating agency Dagong Global Credit Rating Co. on Monday cut its outlook on Yango to negative due to uncertainty over the source of funds for debt repayments. However, it kept the ratings of the company and its onshore bonds unchanged at “AAA.”

Yango did not immediately respond to Reuters’ request for comment.

In international debt markets, Yango’s 7.5 percent February 2025 dollar bond fell more than 20 percent to a discount of about 85 percent of its face value, according to Duration Finance. Other Chinese developers’ bonds also slumped, weighing on an Asian high-yield bond ETF, which fell more than 1 percent.

Evergrande narrowly avoided a catastrophic default for the second time in a week on Friday, making a last-minute payment on an overdue dollar bond coupon just before its grace period expired. It shares ended up at nearly 4 percent on Monday.

Evergrande’s woes have brought collateral damage, with some other Chinese developers forced into formal default on their dollar bonds last month and others proposing extended payment schedules.

Xinyuan Real Estate Co. avoided a default on a maturing dollar bond in October by reaching an agreement with bondholders to exchange maturing notes for new bonds and cash.

Ronshine China Holdings on Monday became the latest Chinese homebuilder to be downgraded by a global ratings agency, as Fitch announced it had cut the company’s rating to “B” with a negative outlook, citing uncertainties over the refinancing of “significant” maturing debt.

Chinese developers face maturities on bonds worth a total of $92.3 billion in the next year, according to Refinitiv data.