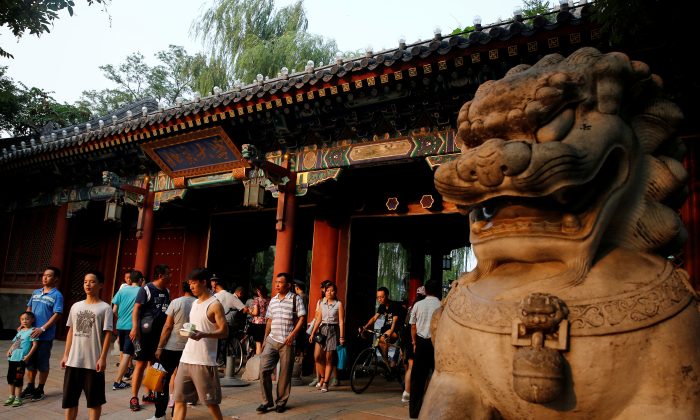 BEIJING/SHENZHEN—About a dozen Chinese labor activists and university students have either gone missing or been detained by police this week, sources told Reuters, amid a deepening crackdown on activists seeking improved rights for factory workers.

A loose but active coalition of workers, activists and students across China has since July 2018 faced off against police, with dozens detained over their support for workers who protested after being blocked from forming a labor union with leaders of their choice.

The clampdown has spread to top universities, with some students being detained and, they say, threatened by police.

Three students and two recent graduates of Peking University, known informally as Beida, and a student from Renmin University have been missing for more than 24 hours, according to a post from a solidarity group, released online late on Jan. 22.

In the southern province of Guangdong, two labor activists went missing and three were detained on suspicion of “disrupting public order” or “picking quarrels,” according to Geoff Crothall of China Labor Bulletin, a Hong Kong-based labor rights group.

It was unclear if the two sets of detentions were related. The Public Security Ministry did not respond to a faxed request for comment.

Friends of those featured in the videos told Reuters that the versions of events given by the activists were radically different from how they recalled the incidents, and called some of the claims an attempt to “invert black and white.”

Police have previously detained some students for a few hours before releasing them, but some of those who have been picked up have not been released, the source added, declining to be named due to the sensitivity of the situation.

A Beida student Zhan Zhenzhen, for example, has been missing since early January, after the school said he had been expelled for taking part in “unapproved” events, the source said.