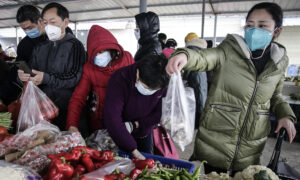 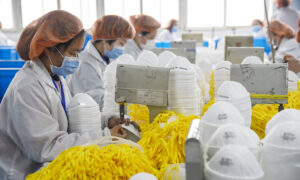 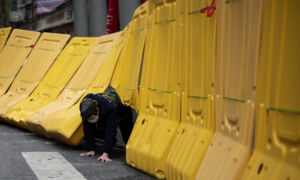 Top Expert at China’s CDC: Epidemic Is Not Over in China
0 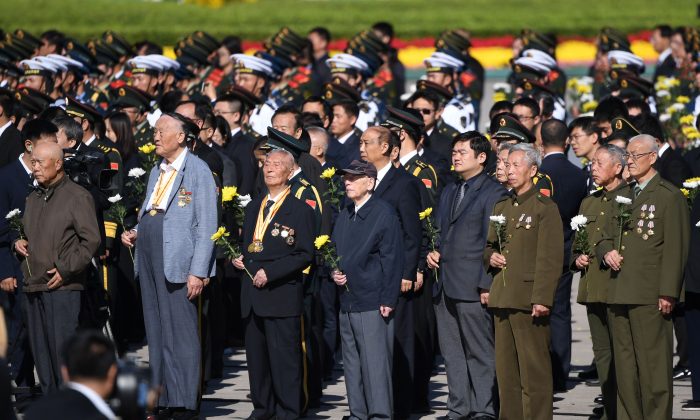 Veterans stand during a ceremony in Beijing's Tiananmen Square, on the eve of National Day on September 30, 2018. (Greg Baker/AFP/Getty Images)
China Society

BEIJING—Chinese authorities in the eastern province of Shandong have detained 10 people who were involved in protests by military veterans in early October, state media said on Oct. 9.

State television said the Oct. 4-7 protests took place in Shandong’s Pingdu city, when some 300 people from different parts of China gathered “under the banner of being military veterans” for what it called an illegal demonstration.

The Chinese regime had set up a Ministry of Veterans Affairs (MVA) as part of a broader reshuffle of ministerial departments. The MVA was formed on March 19 and formally began operations on April 16.

Zhu Xinxin, a senior media commentator in China, said that the Chinese Communist regime is reserved in its suppression of veterans because harsh government actions could have a negative impact on current soldiers. “Many of these veterans’ battle companions, relatives, and friends are still in the army, so the Chinese regime fears that a suppression could have a bad effect on them.”

Veterans Protest in May

In May, veterans across China have protested to demand proper welfare benefits and other government assistance.

Veterans of the Vietnam War in Leizhou City, Guangdong Province, held a demonstration on May 9. A source told The Epoch Times that more than 100 veterans dressed in military uniforms and paraded with banners. When local authorities learned about the demonstration, police officers and other security agents, rushed to the scene to disperse the veterans.

“The Leizhou City government did not arrange jobs for them [upon returning from service], as stipulated in policies. They did not give out subsidies, either,” the source told The Epoch Times. “They are requesting the government to arrange work for them and give them the subsidies and welfare benefits they deserve.”

On May 8, a group of veterans who work for China’s Big Four state-owned banks—Industrial and Commercial Bank of China, Bank of China, China Construction Bank, and Agricultural Bank of China—appealed outside of the Ministry of Veterans Affairs (MVA) building. Some veterans were stopped and turned away when they tried to submit petitions to the central authorities.

Grievances over military pensions and other benefits have been a long-running issue in China and there have been sporadic organized protests in recent years.

Chinese leader Xi Jinping announced in 2015 the People’s Liberation Army would cut troop levels by 300,000, aiming to make the bulk of the reductions by the end of 2017, which the government has said has already been broadly achieved.