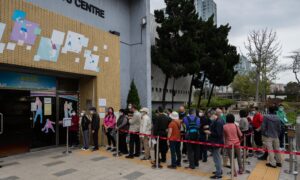 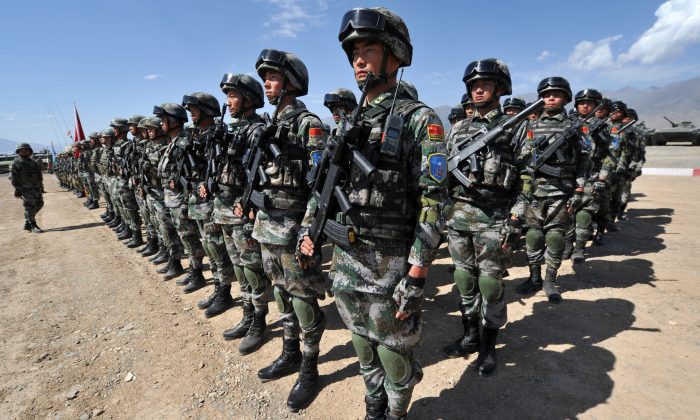 As relations between China and North Korea continue to deteriorate amidst Pyongyang’s dogged pursuit of nuclear weapons and intercontinental ballistic missiles, the Chinese People’s Liberation Army has made what appear to be preparatory deployments in the border province of Jilin.

On June 15, the state-controlled China Military Online published snapshots of airborne troops training with WZ-10 attack helicopters of the Gongzhuling air force base near Changchun, capital of Jilin Province.

The troops are reportedly from the 15th Airborne Army, which was reorganized in April, according to Sina Military Net. The army had been a divisional unit, but was dispersed into a force of smaller brigades, which were attached to various ground units across China.

The Sina report said that this was the first time after reorganization that some of the brigades belonging to the airborne force were deployed to northeastern China, which is located in China’s Northern Theater Command.

In May, Guofang Shikong, a state-run military channel whose name means “National Defence Space,” made reference to an “unspecified airborne brigade of the Northern Military Region air force.”

Prior to the change, the 15th army was based in Xiaogan, Hubei Province, with the majority of the troops deployed in Hubei and Henan provinces in the central and southern commands. Geographically, Hubei and Henan are located in the center of China, an ideal place for the speedy deployment of airborne troops to anywhere in the country.

In an interview with Taiwan’s CZentral News Agency, Chinese military expert Song Zhongping said that the restructuring of the airborne force made it more versatile and capable of operating with heavier equipment in conjunction with conventional troops.

This could be critical in a wartime situation involving North Korea, as discussed in the Sina article. Missions to quickly and reliably secure or destroy Pyongyang’s nuclear and ballistic arsenal–while perhaps fighting a large-scale conventional war–would be essential for China to ensure the safety of its major cities, many of which are well within the range of North Korean ballistic missiles.

Eva Fu contributed to this article.