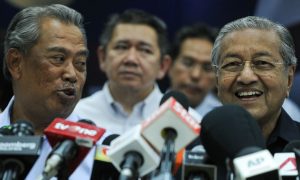 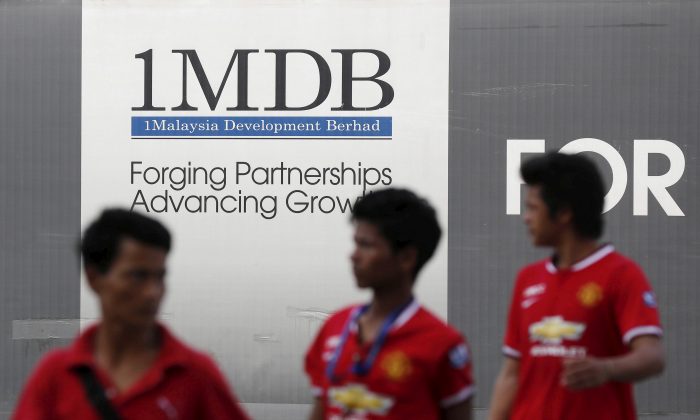 China’s ambitious geopolitical project ‘One Belt, One Road” (OBOR) is under scrutiny, after an investigation into a scandal-ridden Malaysia state investment fund revealed that Beijing was the mastermind behind the alleged corruption.

Beijing rolled out OBOR, also known as Belt and Road, in 2013, with the objective of building up trade routes linking China, Southeast Asia, Africa, Europe, and Latin America.

An investigation by the Wall Street Journal (WSJ) published on Jan. 7 revealed that senior Chinese officials in 2016 offered to bail out the heavily-indebted 1MDB, a Malaysian fund founded by former Malaysian prime minister Najib Razak, and tried to exert China’s influence in the United States and other countries to pressure them into dropping their corruption probes into the fund.

China’s bailout offer was negotiated by Malaysian businessman Jho Low at the request of Najib, according to WSJ. At the time, 1MDB could not repay the $13 billion it had borrowed.

Low is now a fugitive hiding in China, Malaysian officials told WSJ. In the United States and Malaysia, he is accused of criminal charges of orchestrating a money-laundering scheme to misappropriate funds taken from 1MDB.

The U.S. Department of Justice (DOJ) has estimated that a total of $4.5 billion was misappropriated by high-level 1MDB fund officials and their associates, according to a press release about the agency’s investigation. The DOJ has filed civil forfeiture complaints to recover the funds.

In exchange for bailing out the fund, Malaysia offered Chinese companies lucrative contracts, including the $16-billion East Coast Rail Link (ECRL) connecting a port at the Strait of Malacca to a town facing the South China Sea, and the $2.5-billion Trans Sabah Gas Pipeline (TSGP), running 662 kilometers (411 miles) in eastern the Sabah state. These were projects under OBOR.

The WSJ conducted its investigation based on interviews with current and former Malaysian officials, including a former official with the Najib administration, as well as official documents and minutes of meetings between Chinese and Malaysian officials.

The 1MDB scandal was a big factor in Najib getting ousted during general elections in May 2018, which saw the return of Mahathir Mohamad as prime minister. Mahathir first served from 1976 to 1981.

Najib has since been charged on corruption charges related to 1MDB. He has pleaded not guilty and has consistently denied wrongdoing.

In August last year, Mahathir announced—while on an official visit to China—that he would cancel the ECRL and TSGP projects, a show of defiance against China’s influence. He had said the country’s top priority was to minimize debt and loans.

At a press conference on Jan. 10, Mahathir stated that he did not have in possession the documents obtained by the Wall Street Journal.

“We need to find this document and make use of the document as proof that this thing actually happened,” Mahathir said.

According to the WSJ, one of the Chinese officials present during negotiations with Malaysian officials was Sun Lijun. According to Chinese state-run media, Sun currently holds multiple positions: one of the vice ministers of China’s Ministry of Public Security, a police agency; director of the Domestic Security Defense bureau; and director of the Hong Kong and Macau Affairs Office, an administrative agency under the cabinet-like State Council.

It was Sun who promised to use China’s “leverage on other nations” to stop other governments from probing 1MDB, though the promise never materialized.

Sun also tried to stop WSJ’s investigation. According to meeting minutes, Sun confirmed to Malaysian officials that Chinese surveillance, including full-scale residence and office tapping, and computer and phone data retrieval, at the Wall Street Journal’s offices in Hong Kong. According to an unnamed Malaysian official, the surveillance was carried out at Malaysia’s request.

The revelation that China was spying on foreign journalists in Hong Kong has caused alarm about the erosion of press freedom.

Bruce Lui, a senior journalism lecturer at the University of Hong Kong, said the incident reflected how the Chinese Communist Party (CCP) viewed the media, in a Jan. 8 interview with Radio Free Asia.

“It is totally normal for the mainland authorities … to monitor journalists, to obstruct their work, and to hide [things] from them,” Lui said, adding that the incident is an example of “one country” trumping “two systems.”

Currently, Hong Kong is governed by the principle of “one country, two systems” that allows the special administrative region a high degree of autonomy and freedoms that are not granted in mainland China. However, since 1997, when the city under British colonial rule was handed over to Chinese sovereignty, Hong Kong has seen greater political intrusion from Beijing.

Lam Cheuk-ting, a Hong Kong legislator, said that if the surveillance claims are true, it could be a criminal act under Hong Kong law, according to a Jan. 8 article by Hong Kong daily newspaper Apple Daily.

Chris Yeung, chairperson of Hong Kong Journalists Association, is worried that if such surveillance is allowed to happen again, “it will have a negative impact on Hong Kong’s press freedom and international image,” he told Hong Kong non-profit online newspaper Hong Kong Free Press on Jan. 9.