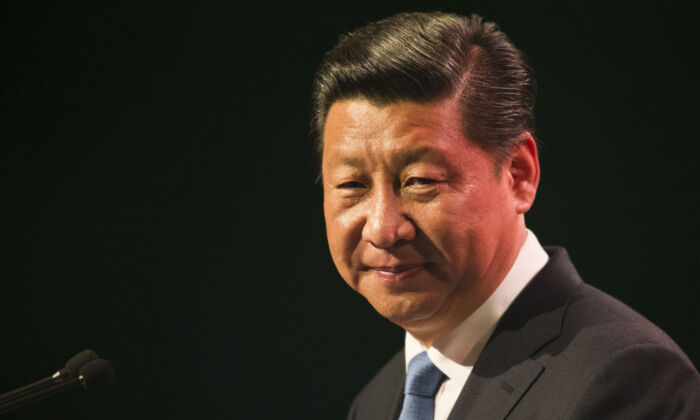 China Cuts Military Communications and Climate Ties With US

China’s ruling communist regime announced Friday that it would cancel or suspend dialogue on several issues with the United States ranging from military communications to climate change initiatives.

A statement from the Chinese Communist Party’s (CCP) foreign ministry said that the regime would cancel all direct communications between military theater leaders, working meetings between defense departments, and maritime security dialogues with the United States.

The announcement is part of a suite of retaliatory measures by China against the United States and its partners following U.S. House Speaker Nancy Pelosi’s visit to Taiwan earlier in the week.

Moreover, the canceling of communications between military commanders in the Indo-Pacific is likely to be seen as a major escalation by the international community, as such contact is often a key tool in helping militaries avoid miscommunication or harmful accidents.

The CCP statement follows a barrage of explosive rhetoric and hostile actions from Beijing this week.

On Thursday, the CCP launched 11 ballistic missiles into the waters around Taiwan, some of which passed over the island and into the exclusive economic zone of Japan. The regime has also seemingly launched a sustained series of cyberattacks on Taiwanese infrastructure, and has implemented import bans on more than 2,000 items from Taiwan. The Chinese military’s encirclement of Taiwan has also formed a sort of blockade, forcing international air and sea traffic to back up as it attempts to wrap around the most dangerous areas.

International forums including the G7 and ASEAN have called on the CCP to end its provocations and pursue a peaceful solution to ongoing tensions.

The White House, meanwhile, summoned the Chinese ambassador for a reprimand over the unprecedented escalations.

The U.S. leadership said that it would not give in to China’s erratic and dangerous behavior and that, in spite of CCP threats to regional stability, it would pursue deescalatory measures including postponing one of its own missile tests.

“As China engages in destabilizing military exercises around Taiwan, the United States is demonstrating instead the behavior of a responsible nuclear power by reducing the risks of miscalculation and misperception,” said White House National Security Council communications coordinator John Kirby during an Aug. 4 press conference.

“This is how we’re going to defend America’s national security interests and our values.”

The CCP maintains a so-called One China principle, which states that Taiwan is a breakaway province that must be reunited with the mainland. The regime has not ruled out the use of force to achieve this goal. Taiwan has been self-governing since 1949 and has never been controlled by the CCP, however. And Taiwan maintains a democratic government and thriving market economy.

U.S. relations with Taiwan and China are governed by a series of treaties and diplomatic cables stretching back to the 1970s. Notably, the United States adheres to a One China policy, which provides an acknowledgment, but not endorsement, of the CCP’s One China principle. The policy also mandates extensive unofficial ties with Taiwan. The Taiwan Relations Act of 1979 further mandates that the United States will provide the arms to Taiwan necessary for its self-defense.

At the heart of the ongoing tensions between the CCP and the United States is their long-standing agreement that neither side will attempt to unilaterally change this status quo through force or coercion.

CCP authorities maintain that Pelosi’s visit was intended to unilaterally change that status quo. U.S. officials say the same of China’s increased military and economic aggression in the region, and have accused the CCP of manufacturing a crisis to justify military expansion around Taiwan.

“Beijing’s provocative actions are a significant escalation in its long-standing attempt to change the status quo,” Kirby said.

“We’re not going to accept a new status quo. And it’s not just the United States, but the world as well.”