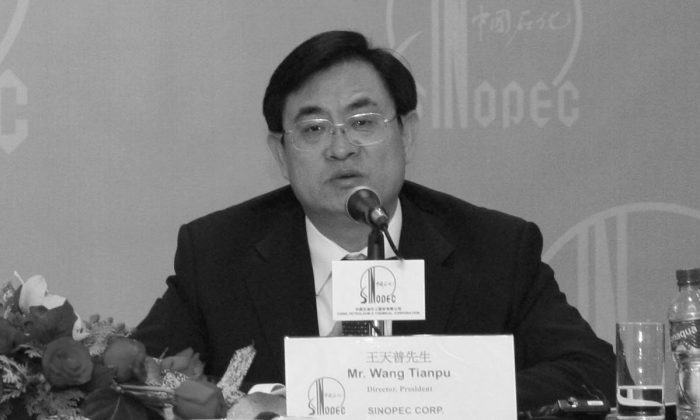 The Chinese regime’s anti-corruption watchdog must be working overtime in the first quarter of 2015.

From January to end March, a total of 9,636 people were investigated on corruption charges in 7,556 cases, the Supreme People’s Procuratorate, the Communist Party’s top prosecuting body, said on Monday. About a third of the individuals were prosecuted.

According to state mouthpiece Xinhua, 2,573 government officials were investigated.

The procuratorate says it intends to step up efforts to deal with corruption in the provision of social security, public health, education, and other areas of public interest.

The Party’s anti-corruption agency is also aggressively pursuing its agenda abroad—on April 22, the Central Commission for Discipline Inspection (CCDI) gave global police organization INTERPOL a list of 100 fugitive officials, the bulk of whom are hiding in the United States.

On Monday, CCDI announced on its website that Wang Tianpu, the second-highest ranked official in the state-owned Sinopec Group, is being investigated for “serious violations of discipline and the law,” official parlance for corruption.

Wang isn’t the first Sinopec official to be probed—Xue Wandong, the vice-chairman and general manager of Sinopec Oilfield Services Corp, was taken in by CCDI last December.

Former officials, of China National Petrochemical Corp (CNPC), particularly those linked with disgraced ex-security czar Zhou Yongkang, have been hit hardest. This month, Jiang Jiemin, who once headed CNPC, went on trial; Zhou, who was once a secretary in CNPC, was indicted for bribery, abuse of power, and leaking state secrets.