China Controls the Media Narrative in 16 Countries; US Is One of Them 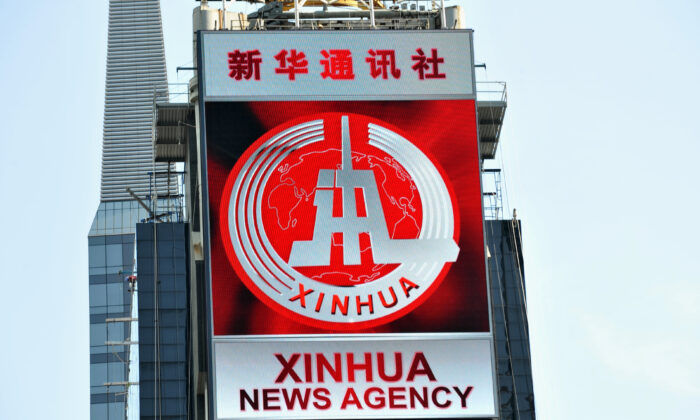 A new electronic billboard leased by Xinhua, the news agency operated by the Chinese regime, makes its debut in New York's Times Square on Aug. 1, 2011. (Stan Honda/AFP via Getty Images)

It’s common knowledge that the Chinese Communist Party (CCP) runs a tightly controlled, carefully choreographed media empire. This expansive operation reaches almost every corner of the globe, influencing narratives and molding the minds of the masses.

In recent years, the CCP has intensified its push to exercise complete control over the global narrative. Some countries are particularly receptive to the CCP’s demands. A recent report, published by the good people at Freedom House, identified a number of countries where China’s interference is particularly strong. Worryingly, the United States is one of them.

According to the lengthy report, aptly titled “Beijing’s Global Media Influence 2022: Authoritarian Expansion and the Power of Democratic Resilience,” the CCP’s media influence efforts were deemed “high” or “very high” in 16 of the 30 countries analyzed. Not surprisingly, Taiwan; the United States, China’s biggest rival; and the United Kingdom, a country with close ties to China, experienced the most penetrative influence efforts. Other countries that have also experienced intense levels of Chinese interference include Argentina, Italy, Kenya, the Philippines, and Spain. The influence operation, as is clear to see, is very much global in nature.

As per the report, Nigeria is particularly susceptible to the CCP’s media influence due to its penchant for authoritarianism and lack of press freedom. The Nigerian government views the Chinese regime as “a model for its suppression of local free expression.” Moreover, the Nigerian government was (and perhaps still is) “using technology operated by China-based companies for this purpose.” Nigerian officials are helped in their attempt to emulate China because public opinion “is very positive towards China as an economic model.” In fact, China’s economic model is something many Nigerians think their country should seek to emulate, according to the report.

In the UK, Chinese interference was labeled “very high.” As the report noted, paid content from Huawei, a Chinese telecom giant with close ties to the CCP, routinely appears in The Economist. The Financial Times, another British tabloid of considerable repute, carries “China Watch.”

Interestingly, the Daily Mail and General Trust—a multinational media company that publishes the Daily Mail, Mail on Sunday, Metro, MailOnline, and New Scientist—is a longstanding member of the Belt and Road News Network (BRNN). Headquartered in Beijing and spearheaded by the People’s Daily, the CCP’s premier mouthpiece, the BRNN was established to spread favorable content about China and the regime’s Belt and Road Initiative.

As the Freedom House report highlights, People’s Daily happens to have an office in the UK. Other mouthpieces associated with the CCP, including China Daily, China Global Television Network, and Xinhua, also have offices across the UK.

Similarly, in the United States, Chinese influence in the media space was identified as “very high.” For years, China has been influencing various social media platforms and stealing U.S. intelligence secrets. Why wouldn’t the CCP attempt to influence media operations?

Over the years, the methods deployed by CCP-backed actors have evolved at breakneck speeds. Beijing has pumped inordinate sums of money into sophisticated disinformation campaigns and the hiring of various social media influencers. It has also orchestrated cyberattacks on major news outlets.

Cyberbullying of journalists has also “occurred with greater frequency,” according to the report, as CCP-backed state media outlets “struggled to gain a mainstream audience in the United States and public opinion toward Beijing became more negative.”

The report’s authors identified several prominent regional and national news outlets that have run paid inserts from news agencies directly associated with the CCP. Offenders include the Los Angeles Times, USA Today, CNN, and, somewhat surprisingly, Foreign Policy. The New York Times and The Washington Post, two major publications, have included paid inserts from the CCP in the past.

The report also discusses how Huawei has been known to “subsidize trips for reporters to China,” even though U.S. senators have spoken at length about the dangers posed by the multinational technology.

Finally, the report outlined the dangers posed by China-based social media companies such as Tencent’s WeChat and ByteDance’s TikTok, two CCP-backed apps with tens of millions of American users. Almost 25 percent of the U.S. population now uses TikTok, which serves as both a surveillance tool and a disinformation machine for Beijing.

From Lagos to Los Angeles, “Beijing is doubling down on its campaign to control how it is portrayed in the world and to bend foreign media to its will,” said Michael J. Abramowitz, president of Freedom House. However, as the report clearly demonstrates, a number of countries, including Colombia and Israel, have been resistant to Chinese interference, determinedly refusing to bend to the CCP’s demands.

Somewhat perplexingly, the United States, supposedly the most powerful country in the world, is not one of them. The United States, it seems, is failing to prevent the CCP from shaping the narratives consumed by so many Americans.