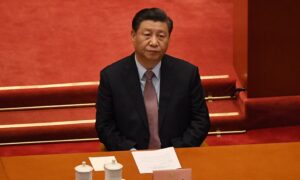 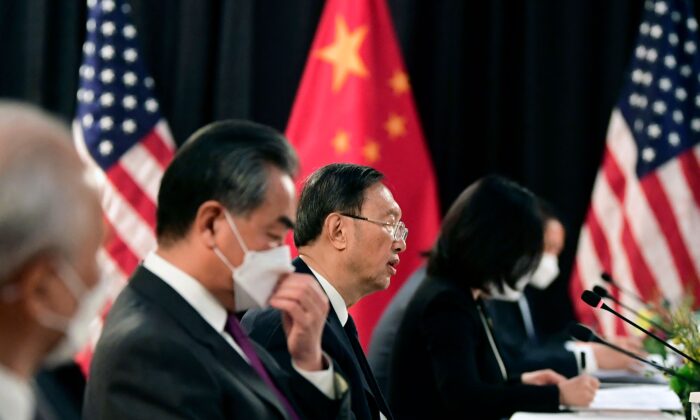 China Continues to Show Its Contempt for the US

Not since newly elected President John Kennedy was humiliated at the Vienna summit in June 1961 by USSR strongman Nikita Khrushchev have American diplomats been so roughly manhandled by a communist government.

China’s defiant provocations are not just verbal. Nor are they aimed only at our high officials.

These examples of humiliation and harassment could be multiplied. China has engaged in the insidious and systematic theft of U.S. patents and copyrights. It brazenly violates trade agreements, manipulates its currency, dumps products below cost on world markets, engages in cyberwarfare, expropriates Western technology, and stonewalls accurate information on the origins of COVID-19.

If China gives out money, it believes it owns the recipient. In the last five years, New York University has received some $47 million in gifts from China. The U.S. Department of Education recently cited Stanford University for failing to report more than $64 million in donations from Chinese sources since 2010. It’s no surprise that China recently sent a visiting researcher to Stanford who turned out to be connected with the Chinese military.

Hollywood claims that it is woke. But a recent study revealed that some directors had selected lighter-skinned actors, bowing to the preferences of Chinese movie-goers and the lucrative Chinese film market, slated to become the world’s largest in 2021.

Many NBA players and coaches have condemned racism in America, yet they have been reluctant to criticize human rights violations by the Chinese. That’s not surprising, given the NBA’s $5 billion Chinese market.

Lots of countries in Africa, Asia, and Europe have signed up with the Chinese “Belt and Road” initiative to develop global infrastructure. Some of these partnering nations are now rereading the contractual fine print. Chinese multibillion-dollar investments do not come without strings. The price of borrowing from China is tough terms of repayment and political subservience.

China may have destroyed the culture of Tibet, destroyed democracy in Hong Kong, put Muslim minorities in detention camps, and systematically discriminated against African visitors, but the victimizer nonetheless plays the victim of supposed American racism. Each time prominent Americans damn the United States as racist, Chinese racists chime in, “Amen!”

China is in a race to achieve global hegemony. It seeks sympathetic world opinion—at least until it has achieved superior military and economic power.

So for now, China feigns victimhood, and it seeks solidarity with others inside the United States and abroad who claim to be fellow victims of American racism.