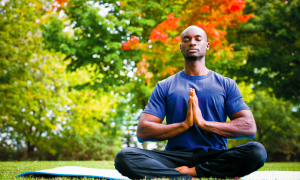 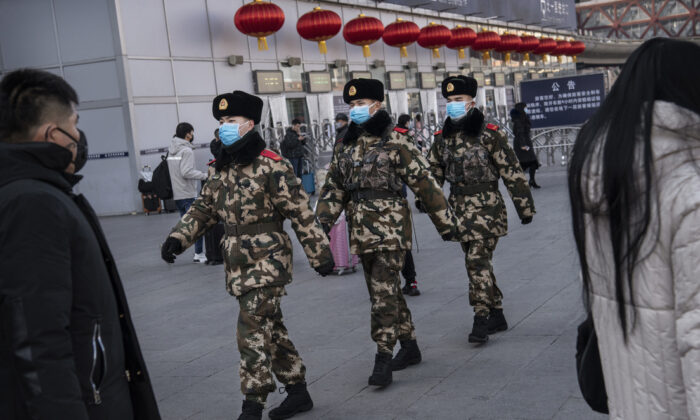 The Chinese Communist Party (CCP) is continuing to target the United States as part of an increasingly antagonistic disinformation campaign, to cover its own mishandling of the pandemic—now confirmed to have infected nearly 330,000 globally.

Over the past few days, as part of this anti-U.S. campaign, the CCP began pushing a new conspiracy theory, one that alleged the United States had access to the virus long before anyone because it was so swift in its development of a potential vaccine.

Regime officials and state-run media have amplified conspiracy theories on social media platforms such as Twitter, recently pushing claims including that the origin of the CCP virus isn’t clear, or came from the U.S. military. The majority of Chinese citizens don’t have access to Twitter, which is blocked in the communist country.

“The US pushed out the vaccine so quickly, that only means they have been working on it way before the pandemic,” a commentator claimed on China Central Television (CCTV), the biggest state-owned television network in the country, without providing any evidence.

The host responded, “So we can conclude that the US had this virus in their possession long ago.”

Meanwhile, a March 20 Twitter post from state-run media Xinhua referenced the scandal of a handful of U.S. senators who reportedly sold stocks after learning about the CCP virus. Xinhua used it to target President Donald Trump with the hashtag “#Trumpandemic.”

“The senators knew enough to dump stocks,” Xinhua’s post said. “How come President Trump seemed to have no clue about the severity of #COVID19? The president should know more & know better than senators. Was he pretending, or maybe he has too much stock to sell? #Trumpandemic.”

A Xinhua editorial on March 17 threatened the United States directly, stating, “The U.S. side should immediately correct its wrongful behaviors … before it is too late.”

Chinese Foreign Ministry spokesman Zhao Lijian has been an increasingly vocal proponent of the Chinese regime’s global propaganda campaign, continually working to shift the blame onto the United States. Zhao was the one of the first high-ranking officials to push the claim that the CCP virus was brought into Wuhan by the U.S. army.

“Chinese spox: China fought hard & bought 2 months for the world,” Lijian said on March 20. “Regrettably, US government squandered such precious time, then spared no efforts stigmatizing China. This is immoral and unjust. It does no good to US’ own control of the virus nor international cooperation.”

On March 22, Lijian reposted a Twitter user’s post that read: “I really think COVID-19 has been here in America for awhile. Do you guys remember how sick everyone was during the holidays/early January?”

A March 13 study found that if China had intervened earlier with non-pharmaceutical interventions (NPIs), the spread of the CCP virus could have been dramatically reduced.

“If NPIs could have been conducted one week, two weeks, or three weeks earlier in China, cases could have been reduced by 66%, 86%, and 95%, respectively, together with significantly reducing the number of affected areas,” the report stated.

Hua Chunying, a CCP Foreign Ministry spokesperson and the director-general of the Department of Information, is another official that has continued the campaign to target the United States.

“If the US is truly confident of the supremacy of its political system, why are they so afraid of the Communist Party of China and Chinese media?!” she said in a March 20 Twitter post.

“Some US political figures have kept discrediting China and China’s epidemic response and stigmatizing China,” she wrote in a previous post. “Any scheme to slander and smear China has no chance of success; any action that harms China’s interests will be pushed back firmly and resolutely.”

The CCP’s disinformation campaign has gone through several phases: ignoring or downplaying the severity of the outbreak, creating positive coverage, and more recently, attempting to shift the blame onto the United States.

In order to paint the picture that it effectively handled the outbreak, the Chinese regime has been claiming no new local infections of the CCP virus, a claim experts say is not credible. Meanwhile, some media outlets in the United States are echoing this narrative.

Peter Huessy, president and founder of GeoStrategic Analysis, a defense and national security company in Potomac, Maryland, told The Epoch Times it’s dangerous to believe any numbers or claims coming from the Chinese Communist Party.

“The [CCP has] repeatedly lied about everything having to do with the virus; why does anyone assume they have suddenly changed their stripes?” Huessy said via email. “As a totalitarian government, we know they lie automatically to stay in power.”

Huessy called the disinformation campaign unsurprising, adding that it’s a typical communist tactic that is repeated in “every area of significant policy in China.”

The CCP is also set to expel U.S. journalists based in China who work for The New York Times, The Wall Street Journal, and The Washington Post. Previously, the U.S. State Department designated five Chinese state-run outlets as “foreign missions” and slashed the number of Chinese staff allowed to work at the media outlets’ offices in the United States.

“We have little way of knowing the truth in China,” Huessy said. “One key missing evidence is the total number of infected people.”