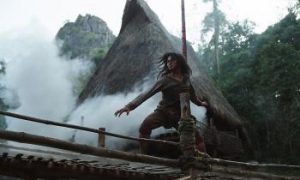 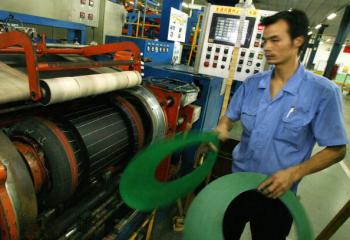 A worker from the Hangzhou Zhongce rubber company pieces together the different sections of a tyre at their factory in Hangzhou, 25 July 2007. (Mark Ralston/AFP/Getty Images)
International

Amidst an escalating auto industry crisis at home, Canada, the United States, and the 27-nation European Union, who brought the high-profile dispute against China in 2006, welcomed the ruling and urged China to end its unfair practices.

As part of its agreement to lower auto-sector trade barriers when it joined the WTO in 2001, China reduced its import duty to 10 per cent on auto parts and 25 per cent on whole vehicles.

However, in 2004 it adopted regulations that considered imported parts the same as a whole vehicle if they comprise 60 per cent or more of the vehicle. In those cases the new policy required manufacturers in China to pay an extra 15 per cent tax on the imported parts.

Minister of International Trade Stockwell Day called the ruling “a win for the Canadian auto parts industry, because it ensures fair market access for our exports and will help maintain Canadian jobs in this important sector.”

“I expect China to comply promptly with its WTO obligations by removing an unlawful and unfair trade barrier that is harming U.S. workers and manufacturers,” said U.S. Trade Representative Susan Schwab in a statement.

E.U. Trade Commissioner Catherine Ashton said in a statement, “We welcome this Appellate Body ruling. China should now put an end to the discrimination and ensure a level playing field in its automotive sector.”

The U.S. and E.U. first requested formal WTO consultations with China on this issue in March 2006, joined by Canada the following month. Consultations in May that year failed to resolve the dispute.

The complainants argued that the additional tax put foreign auto parts producers at an unfair disadvantage by discouraging carmakers in China from using their products. It also put pressure on car parts companies to relocate manufacturing plants to China, leading to loss of jobs in their own countries.

In September 2006 the three complainants requested creation of a WTO panel to settle the matter. The panel issued a ruling against China in July 2008, which China appealed. This week’s decision upheld the original ruling.

This was the first time a WTO established a panel to review a complainant against China, and the first WTO dispute that China has lost since joining the world trade body in December 2001. Japan, Australia, Mexico, Argentina, Brazil, Thailand, and Chinese-Taipei registered as interested third parties in the dispute.

The WTO Dispute Settlement Body is expected to adopt the appeals report within 30 days. China has another 30 days to state its intentions on complying with the report’s recommendations. China will then have a “reasonable period of time,” negotiated or arbitrated, to bring its measures into compliance with WTO rules. If it fails to change its regulations, the complainants may seek WTO permission to impose trade sanctions.

Amidst the global economic downturn and mounting loss of market share to Asia-based carmakers, the “Big Three” auto giants — General Motors, Ford, and Chrysler — are on the brink of bankruptcy and seeking major government bailout packages in both Canada and the U.S.

European carmakers are not faring any better. Car sales in Europe fell by a quarter last month compared to November 2007, declining for the seventh month straight.

The French government has said it is prepared to provide aid to the country’s ailing auto industry on condition that carmakers and suppliers keep production jobs in France.

This would have amounted to about U.S.$2.8 billion if Washington had approved its U.S.$14-billion bailout last week, intended as an emergency measure until president-elect Barack Obama takes office on January 20 next year. However, the package was rejected on a vote in the U.S. Senate last Friday, putting government aid in limbo while Washington examines other options.

Even with the assistance package, the North American automakers will still be faced with long-term major restructuring if they are to return to profitability.