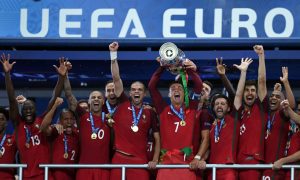 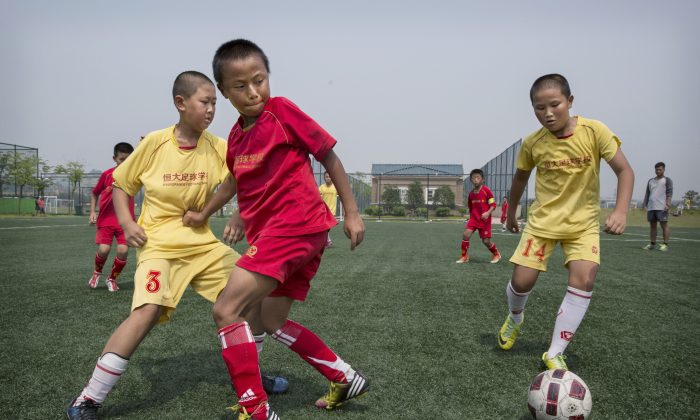 On July 11, Italy defeated England to become European champions. According to the most recent FIFA rankings, the Italians, along with the likes of France, Belgium, Argentina, and aforementioned England, are among the best teams in the world. The best team in Asia is Japan, which occupies position No. 28. China, meanwhile, sits in 77th place, behind “goliaths” like Curacao and Cabo Verde. Now, although we can debate the merits of the FIFA ranking system (does Belgium deserve the No. 1 spot? Absolutely not.), if a team finds itself in the 77th position, it’s safe to assume that the team is truly abysmal. Watch the Chinese team play, and you’ll quickly see why it deserves its position.

Next year, the biggest tournament in world soccer takes place in Qatar, the FIFA World Cup. Will China be there? Probably not. To qualify, the Chinese must first escape from a group containing both Japan and Australia, two talented teams who previously managed to reach the knockout stages of the World Cup. If the Chinese national team excels at one thing, it’s failure. Having only ever qualified for one World Cup, way back in 2002, the Chinese have served up decades of dreadful soccer.

As a lifelong soccer enthusiast (and controversial commentator), I have always wondered why China, the most populated country in the world, never fails to fail on the international soccer stage. The country’s leader, Xi Jinping, a soccer fanatic, has high hopes for the country. The question, though, is why? At the 2002 World Cup, China lost three consecutive matches in a row, scoring exactly zero goals in the process. Since then, China has failed to make any significant progress. And it’s not from lack of trying. To be more specific, it’s not from lack of funding.

In 2016, the Chinese regime, known for delusions of grandeur, released a rather delusional-sounding plan. The country, readers were told, was on course to become a “top-class soccer nation” by 2050. Not only this, but China would one day lift the most coveted prize in world football, the World Cup trophy. How? By spending inordinate amounts of money, building new training facilities, thousands of new stadiums, and encouraging more children to play the game. But the Chinese soccer problem cannot be addressed with money alone. For soccer to truly flourish in China, there must first be a genuine love for the game. As The Beatles told us, money can buy you lots of things, but it cannot buy you love–but try telling that to the Chinese Communist Party (CCP). According to a SportsPro report, aptly titled “Why Chinese soccer has to die before it can live,” the country now boasts more than 70,000 soccer fields and thousands of soccer academies across the country, yet true talent is hard to come by.

In countries like Brazil, Argentina, Italy, and Spain, soccer is a way of life. For many, it is life. This might sound like an exaggeration, but, I assure you, it’s not. Soccer is not just something you play; it’s something you consume, and something that consumes you. This is what I mean by love.

In England, a deep love for the game exists. Home to the best soccer league in the world, the FA Premier League, fans of Manchester City and Liverpool are thrilled on a weekly basis. The international team, too, for all its failings, is full of fantastic, homegrown talent. Exciting players like Jack Grealish and Phil Foden, young and creative, are inspiring a new generation of children across the country. For that initial spark to be ignited, homegrown and highly talented players are needed. Additionally, a history of success is also needed. It’s no coincidence that the most successful, international soccer teams have a long and storied history with the game. China, on the other hand, does not.

For soccer to truly resonate like basketball, for example, China must first produce at least one homegrown superstar. Chinese soccer needs its own Yao Ming, the giant from Shanghai who became an NBA legend. His story inspired a generation of basketball enthusiasts. With soccer, however, China’s most notable star is Wu Lei, a 29-year-old left winger who plays for Espanyol, a club in Spain. Although he’s a good player, Lei is not a great player. To inspire a genuine love of the game, Chinese youngsters need to see greatness. They need to see homegrown players applying their trade in the best leagues in the world, and lifting silverware on a consistent basis. Looking at this current Chinese squad, the youngsters should perhaps stick to watching basketball.