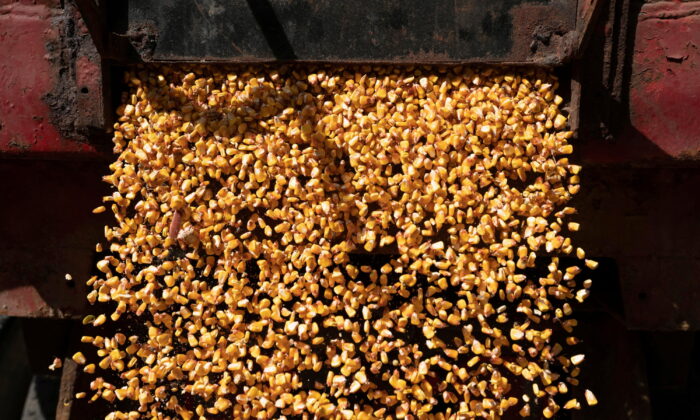 A load of corn is poured from a truck into a grain silo on the Nething's family farm in Ravenna, Ohio, on Oct. 11, 2021. (Dane Rhys/Reuters)
China Business & Economy

China Books Biggest Deal for US Corn Since May 2021

CHICAGO—Chinese buyers bought 1.084 million tonnes of U.S. corn, their biggest purchase of U.S. grain since May 2021, the U.S. government said on Monday.

The deal comes as shipments from Ukraine, the world’s fourth biggest exporter of corn, are snarled following Russia’s invasion. China had been a big buyer of Ukrainian corn and the fighting, which also has disrupted spring planting season, has created uncertainty about their reliability as a supplier.

USDA said last week that U.S. farmers plan to cut their corn plantings this spring despite the strong global demand, with high prices for inputs such as fuel and fertilizer cutting into potential profits for growing the yellow grain.