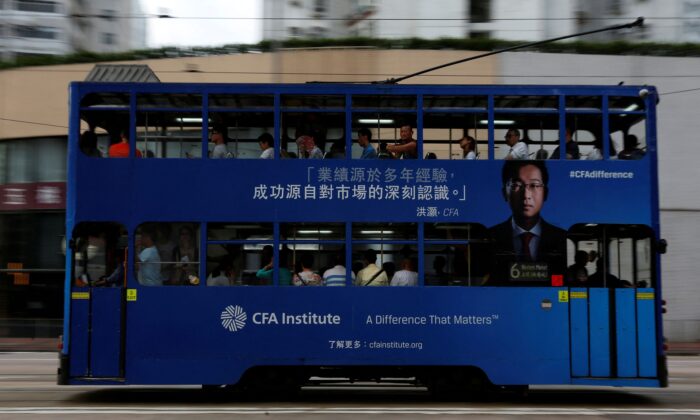 Just recently, Hong Hao warned of the huge amount of capital leaving China and made bearish forecasts about the Chinese stock market.

Hong Hao’s WeChat account “Hong Hao’s China Market Strategy” was suspended around the evening of Saturday, April 30. A search of his account resulted in a message saying that the account violated the “Regulations on the Management of Internet Users’ Public Account Information Services” and all content was blocked.

His Weibo account, which has more than three million followers, also “no longer existed.”

Hong Hao was famous for his successful prediction of the 2015 stock boom and bust cycle.

Since the lockdown began in Shanghai, Beijing has cracked down on online arguments of a deteriorating Chinese economy. Hong Hao’s posts in recent months could have gotten him in trouble.

Earlier, on Feb. 20, the outspoken Hong stated on Twitter that China’s crackdown on tech companies, which already wiped out more than $1.5 trillion from the sector, is not yet over.

On March 14, he stated on Twitter, “Both institutional and individual investors dumping HK. It’s a sign of [the] times.” “Bloodbath in HK today. The selling is brutal and relentless. >10 trillion yuan wiped out from Chinese tech, or 10% of China GDP – gone.”

On March 15, he wrote, “Tencent http://700.HK plunged another 10% today, after a brief rebound in the morning session jolting everyone’s heart. Yet it sank again after rumors of breaking up the firm whispered in the market. As a leading Chinese tech firm, Tencent is rapidly becoming five-cent.”

“Tankers outside Shanghai port. Traffic jam now is not on Shanghai’s roads, but on its sea.”

“Shanghai lockdown. But the heart wants what it wants.”

Hong Hao was not the first person to have Beijing block access to Chinese social media. Last year, Tencent announced its “clean” financial website regulation resulted in removal of 23,124 illegal posts and a total of 1,463 WeChat accounts between Oct. 7 and Oct. 13; including the one run by Essence Securities Co.’s chief strategist Chen Guo, banned from the website for seven days for unspecified violations.

Hong Hao’s profile on Twitter’s personal account has also recently been changed to “Ex BoCom Int’l.” Some people believe that he has left Bocom.