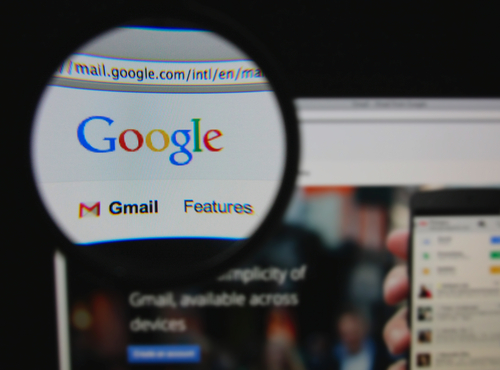 China’s Internet censorship authorities seem to have waited until the day after Christmas to block all remaining access to Gmail—the popular Google email service—to Internet users in China.

For years, the Gmail website has been blocked. Users accepted this as a fact of life, and got around it by using email clients, like iOS Mail, Thunderbird, and Outlook.

Now, all those other channels are blocked.

The only way to view Gmail in China now is through a virtual private network, or VPN—a paid service that securely routes the connection to a server outside China, and accesses the Internet from there.

“Welcome to China. Get used to it, it isn’t going to get better,” wrote a Reddit user movingon11.

“Like others, this is the first time in my time here (just over two years) that imap.gmail.com has been down. The web version has always been [expletive deleted]. I am hoping this is not gonna stay because that would be seriously annoying,” wrote ragnaruss.

google gmail is completely down in china. mail from or to gmail from china may be returned. btw, which is the best vpn?

Chinese locals were highly frustrated by the news, judging by their reaction and comment on Sina Weibo, the Chinese version of Twitter.

“Gmail!! You absolutely must live on! I plead you…” wrote Summer小白.

“If we can’t access Google, that’s fine. But not letting us even open Gmail, what’s that about? Can’t even read emails, what the heck is this!!!!!” wrote another user.

Others reported that domestic email providers had “proactively” blocked the ability to send emails to Gmail addresses—the user called this “just too funny.” On the evening of Dec. 28, Eastern Standard Time, however, it was possible to use Gmail to send and receive emails to the 163.com mail domain, one of the more popular email providers in China.

Google did not immediately respond to an email requesting comment.

Chinese authorities are not giving anything away. Hua Chunying, the foreign ministry spokeswoman, claimed no knowledge of the blockade, and asserted that authorities have always had “a welcoming and supportive attitude towards foreign investors doing legitimate business here.”

Chinese internet firms like Baidu are among the greatest beneficiaries of blocks like the current one, which can force unsophisticated Chinese internet users (for example, those for whom it is inconvenient or impractical to use a VPN) to migrate to domestic platforms. Baidu, in particular, was a major beneficiary of Google’s exit from China in 2010, after executives were frustrated by the Communist Party’s censorship demands, and angry at its attempts to hack the company and steal user and proprietary business data. Thousands of Chinese visited Google’s headquarters in Beijing, leaving flowers and wreaths.

Apart from run-of-the-mill users, institutions and businesses operating in China, both domestic and foreign, which rely on Google services for their day to day operations may be badly inconvenienced by the new blockade. New York University, for example, has a campus in Shanghai. According to its Information Technology Services department, its email system is powered by Google, on services that are presumably now among those locked down. It is unclear how institutions like NYU are navigating the blockade—press officers did not immediately respond to a message requesting comment.

The block may not be permanent or hermetic, though: according to Google’s data, there was a small bump in access from China on Monday, Dec. 29, after three days of total shutdown. Unfortunately, the Communist Party’s internet censors have not yet stepped out of the shadows to explain their policies.

*Image of “Google Gmail” via Shutterstock