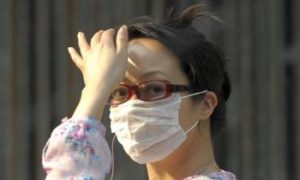 Many Chinese have begun to express their opinions on social problems via online forums. Recently, though, the Chinese Communist regime confirmed that it will implement a real-name system for the Internet, and that people can no longer post anonymously.

According to the Chengdu Daily and other media in mainland China, Wang Chen, vice deputy of the Chinese Propaganda Department and director of the State Council Information Office, in an official seminar about the Internet, announced that anonymous posting functions on news websites and major business websites have been removed.

According to Hong Kong Takungpao, the State Council Information Office issued a notice in July 2009 “requiring all news websites to cancel their current follow-up message-posting function and implement a real-name registry system. Registrants would not only have to register their real names, but also their personal identification numbers and other information before posting on a news website. Only after confirmation of the identification could he or she send feedback or post information.

China‘s consideration of a real-name system is not something new. It has been a heated topic for years. However, Wang’s speech is considered a signal that the regime clearly intends to implement the policy for the first time.

In his announcement, Wang said, “Identification for users on the internet is being explored.” The industry interpreted Wang’s words as confirmation that the real-name system has been implemented.

Wang also said, “The real-name system … is being promoted actively and steadily,” and “A real-name Internet system, as well as a system for cell phones, will be implemented as soon as possible.”

Wang admitted, “The Internet is a global open-information system. As long as China is connected with international websites, different kinds of harmful information can appear on the Internet in China. As long as China’s Internet is open to the public, netizens’ comments can be expressed.” He said that China is currently in a period of social transformation with rapid development and prominent social conflicts. Thus, those social conflicts and problems are unavoidably reflected on the Internet.

Gu Xiaosong, a representative of the People’s Congress (the communist rubber stamp parliament), says he believes it will prevent some people from arbitrarily publishing false information.

Liu Ling, another representative of the People’s Congress, said that, because the Internet is both open and covert, if it is not regulated, it will enable personal attacks and even “online violence.”

However, many netizens and scholars are against the policy, contending that such a system will shrink channels for citizens to express their opinions.

Yang Jianhua, Deputy Director of Zhejiang Academy of Social Sciences, said, “The Internet is becoming an important channel for citizens to express their needs because of is its anonymity and amplifying effect. It protects people’s security, and their voices cannot be ignored.”

A net surfer, shocking wind, commented. "It looks like the chances to speak the truth are getting less and less."