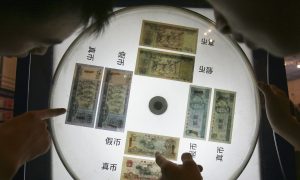 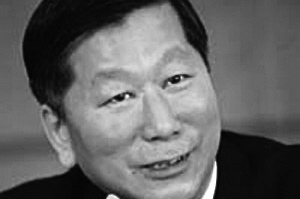 The head of China’s banking regulation system, Shang Fulin, in a recent interview with a state-run magazine gave an overview of the problems facing the nation’s banking sector and its regulatory structure, and suggested ways in which the regime may attempt reforms.

Banking Regulatory Commission Chairman Shang Fulin discussed the weaknesses in the sector, and said in an interview in Seeking Truth, a Party-run ideological journal, that the financial system’s support of the real economy “needs to be vastly improved,” reported the Wall Street Journal.

Citing the rapid growth of China’s financial system in the last decade, he referred to troublesome areas in the industry. Warning particularly of the increasing complexity of transaction structures and the rapid expansion of off-balance-sheet activities, he said that it was essential to “reduce the risks of financial contagion” and “prevent regulatory arbitrage” by closing the loop-holes banks use to circumvent regulation.

Shang voiced concern that the banks were not meeting real world economic situations, and said that investor’s funds should be “invested in real economic activity and not in bubbles.”

He also warned that cooperation would be necessary in order to promote the smooth implementation of economic reforms, said state media Consolidated Financial Network (CFN).

Greater cooperation on the banks’ part may be required, as banks have been unresponsive to regulators’ attempts to cool the economy, prompting a recent cash squeeze. Banks have been “keeping the lending spigots open largely through increasingly complicated transactions,” playing a “cat and mouse” game that hides risk, said Wall Street Journal last month.

Investors are becoming increasingly wary of China’s banks, in light of growing worries about bad loans on—and off—he books. Bloomberg reported in August that bad loans rose for the seventh straight quarter as the economy continued to slow down.