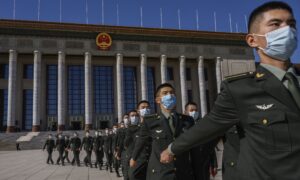 Former Bank of China Managers Convicted of Racketeering in U. S.

Two former Bank of China branch managers were convicted on charges of racketeering and laundering US$485 million from the bank, th U.S. Department of Justice said.

A federal jury in Las Vegas on August 29 convicted Xu Chaofan and Xu Guojun and their wives, Yu Ying Yi and Kuang Wan Fang, on charges of racketeering, money laundering, and international transportation of stolen property, according to a statement by PR Newswire.

The four were also found guilty of passport and visa fraud, said the release.

The two men and a third former bank manager, Yu Zhendong, who was arrested in December 2002 and pleaded guilty to racketeering, defrauded a Bank of China’s branch in Kaiping City, Guandong Province of over $485 million starting as early as 1991 until their arrest.

Xu Chaofan, Xu Guojun, and Yu Zhendong fled to the United States in 2001 when their crime was uncovered in a bank audit.

The former managers laundered a portion of their stolen money amounting to $3 million through Las Vegas casinos.