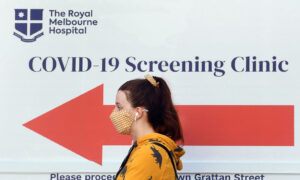 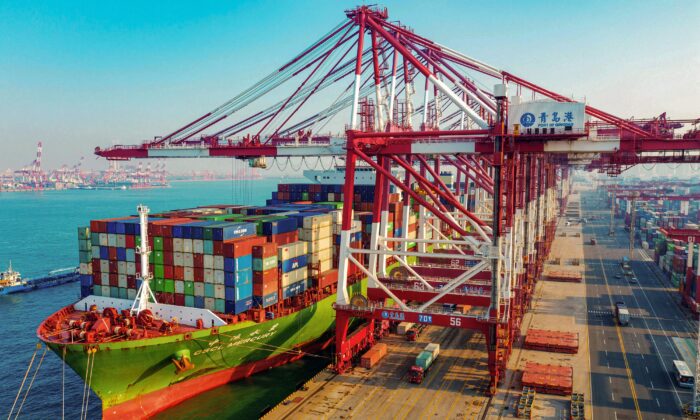 A cargo ship loaded with containers berths at a port in Qingdao in China's eastern Shandong Province on Jan. 14, 2020. (STR/AFP via Getty Images)
Australia

China’s ban on Australian timber from two more states last week has prompted a union call for immediate government help and an overhaul of the local industry.

He called on the federal government and states to pitch in with short-term aid but added the only long-term solution will be to make the local industry more self-reliant.

“The current export ban by China highlights that we, as a country, have been too reliant on exporting our raw resources,” O’Connor, the CFMEU’s national secretary for manufacturing, said.

“We should be processing our raw resources here, generating more jobs and better economic and social outcomes for our country,” he added.

China said it suspended imports of NSW and WA after finding pests in the cargo.

It follows previous suspensions of timber shipments from Victoria, Queensland, Tasmania, and South Australia amid strained relations between Canberra and Beijing.

“We have had workers stood down, companies taking a hit and pressure on our harvesting and haulage sector, and we need some assistance as a matter of urgency,” he said.

Long-term, the union argues there is enough exported material to supply at least one pulp mill and several reconstituted wood product mills.

“We have no time to waste to both implement short-term assistance and develop a timber value-adding plan,” O’Connor said. “Our industry doesn’t have to be a price taker or a prisoner of the on-going tension between our country and China.”