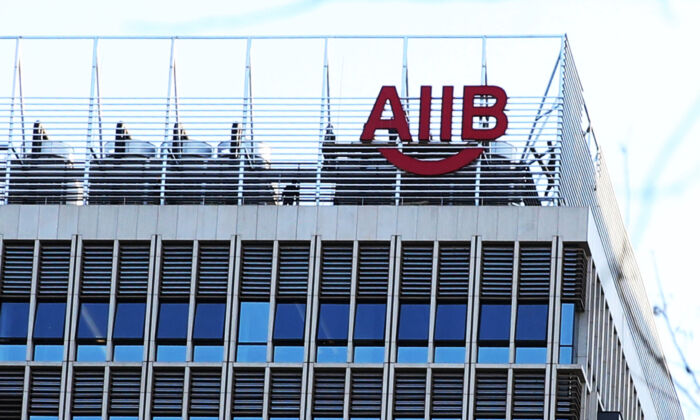 The Asian Infrastructure Investment Bank has decided to put all activities relating to Russia and Belarus “on hold” due to the war in Ukraine, the China-backed institution said on March 3.

The announcement comes a day after China’s top banking regulator said the country would keep up normal trade with Russia and Ukraine amid Western sanctions.

In a statement published on its website, the Beijing-headquartered bank said its management would do utmost to “safeguard the financial integrity, against the backdrop of the evolving economic and financial situation.”

China is the largest shareholder of the multilateral lender, with a stake of over 30 percent, according to the official website.

Given that it holds 26.5 percent of voting rights, China has veto power over major decisions, which requires a 75 percent majority.

“Under these circumstances, and in the best interests of the Bank, Management has decided that all activities relating to Russia and Belarus are on hold and under review,” read the statement.

Russia is a founding member of the AIIB, and the third-largest shareholder after China and India. Belarus and Ukraine are not members of the bank.

AIIB was proposed by the leader of the Chinese Communist Party Xi Jinping in 2013, the year that he launched the Belt and Road Initiative, a multi-continent infrastructure project which has been labeled as a vehicle used for building up the regime’s economic and political influence worldwide.

Meanwhile, the Shanghai-headquartered New Development Bank (NDB) also announced on Thursday that it has put new transactions in Russia “on hold,” citing “unfolding uncertainties and restrictions.”

NDB was established by China, Russia, India, Brazil, and South Africa in 2014 to fund infrastructure projects, a similar purpose to the AIIB.

The move by the two banks follows a spate of Western sanctions on Russia in response to the invasion. The United States, European Union, and other Western allies have cut key Russian banks out of an international payments system known as SWIFT and limited Russia’s central bank’s ability to draw over $600 billion in foreign currency reserves.

The response from the communist regime in Beijing has come under growing scrutiny, given its deepening ties with Moscow. Bilateral trade surged nearly 36 percent in 2021 to record $146.9 billion, according to China’s official customs data. The two neighboring countries aim to boost it to $240 billion in 2024, Xi said during the summit with Russian President Vladimir Putin in Beijing earlier this month.

The Chinese regime hasn’t condemned Russia’s attack and declined to call it an invasion.

Disclosures on AIIB’s website shows the institution in 2019 and 2020 approved two projects in Russia worth $800 million. The bank announced last October it was due to hold its annual meeting in Russia this year, though no specific date provided.