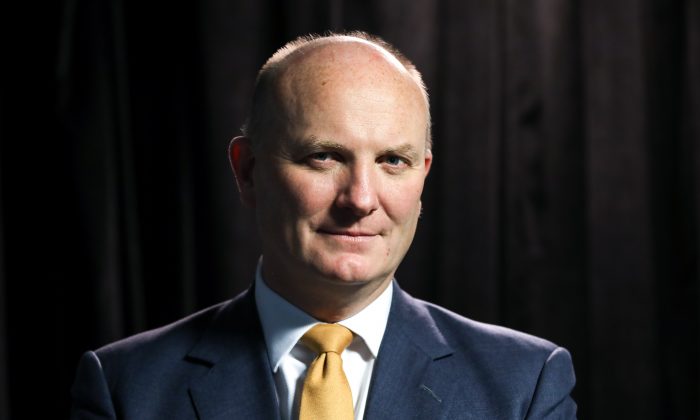 Andrew Thornebrooke
Reporter
Andrew Thornebrooke is a reporter for The Epoch Times covering China-related issues with a focus on defense, military affairs, and national security. He holds a master's in military history from Norwich University.
View profile
Follow
and Paul Greaney

Corporations with backing from the Chinese Communist Party (CCP) are waging legal warfare to prevent Western companies from deploying new, state-of-the-art communications satellites, according to one CEO.

Wireless entrepreneur and Rivada Networks CEO Declan Ganley, in an Aug. 31 interview with NTD’s “Fresh Look America,” spoke about how China-backed elements within a company acquired by Rivada attempted to sabotage its efforts to deploy a multibillion-dollar constellation of 600 satellites.

Those satellites make use of super-high bandwidth Ka-band frequencies, which overlap with frequencies used by 5G technologies. Vitally, the allocation of the Ka spectrum covered by the company’s filing is senior to that of other constellations, such as that of Starlink, which means that its satellites would take priority in the event that the trajectories of satellites from both sides came into the same orbit.

“This is one of the highest priority slots. … It’s above Elon Musk’s Starlink constellation.”

However, Ganley’s company has faced numerous legal disputes of Chinese origin following its acquisition of Trion Space, the shell company that held the license to use the Ka spectrum.

Chinese stakeholders in Kleo, another company acquired by Rivada, also owned a minority stake in Trion and have attempted to thwart the company’s use of the filings.

Throughout dozens of lawsuits, the Chinese faction with Kleo sought to gain control over the filings in an apparent effort to use the European company to launch Chinese satellites that could “cover every square meter of the planet with high-speed secure communications,” according to Ganley.

“You would have the highest speed network in the world with the lowest latency covering parts of the world, covering every major city and everything else but also every rural area, every stretch of ocean,” he said. “This is the most state-of-the-art communications network that the planet will have ever seen.”

To that end, Ganley said he believed that the sheer scale and tenacity of the Chinese effort to thwart his company from deploying the satellites signaled that the CCP had some sort of strategic interest in gaining control of the filings.

“The effort that’s been put into it, it does somewhat underline that this must have had some sort of strategic importance for the CCP and their friends,” he said. “Otherwise, the resources wouldn’t be available to wage the kind of very high profile and public lawfare that they are waging.”

Thankfully for Rivada, the company has its own reserves to draw on, given its financial backing from several high-profile investors, such as PayPal co-founder Peter Thiel.

“The key thing is that we have amputated the Chinese involvement from those licenses,” he said. “And frankly, they’ve got no bridge back to it as much as they might try to create one.”